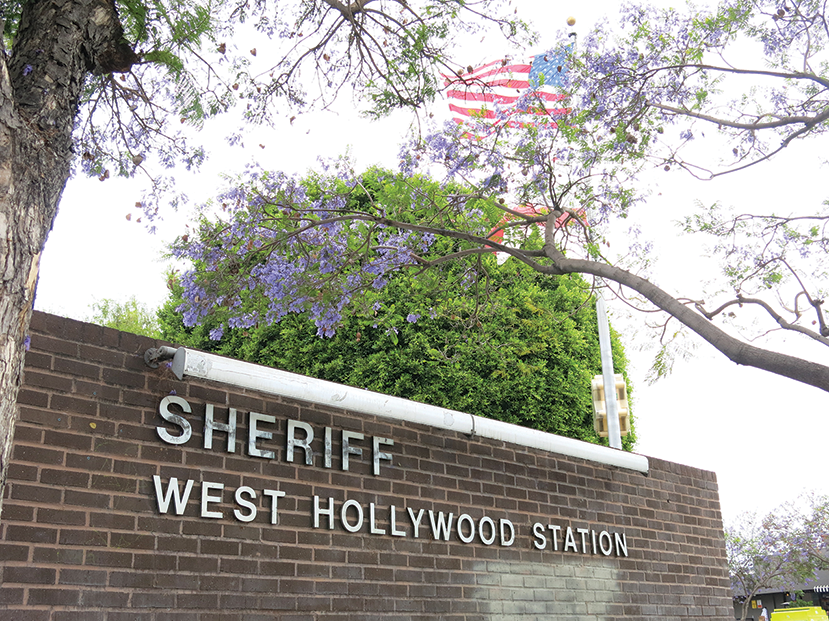 The West Hollywood City Council took action in regards to the allegations of fraud made against the Los Angeles County Sheriff’s Department.

The council on June 7 unanimously called for the Los Angeles County Board of Supervisors and the inspector general to work with the California Contract Cities Association to audit the contracts of all cities partnered with the LASD, which include West Hollywood.

The council’s vote, which was part of the consent calendar, comes after the LASD was accused in a legal filing last month of fraudulently billing Compton, another city that is contracted with the department, and patrolling the city less than it was contractually obligated. In a May 26 Los Angeles Times article detailing the filing, an anonymous LASD deputy alleged that while they were working at the West Hollywood Station, they were told to lie about the hours worked by deputies in order to “burn” contracted patrol minutes.

“That’s straight-up fraud. It’s so rampant that it became the norm … At the end of the day, we know it’s stealing, and I’m not a thief,” the deputy told the Los Angeles Times.

Though the item was not discussed on its own, some council members expressed support for it, including Councilwoman Sepi Shyne, who co-sponsored the item with Mayor Lindsey Horvath, during their general comments.

“This is extremely important, and I hope the supervisors take action immediately,” Shyne said.

In a statement released after the Los Angeles Times article was published, West Hollywood detailed its process of conducting a “regular monthly internal review process for its public safety billing,” which the city’s statement said “serves to monitor how the city is billed for sheriff’s personnel time.”

Councilman John D’Amico said this request for a countywide audit was a continuation of that supervision, and he said he expects West Hollywood’s Public Safety Commission to discuss the topic as well.

“Over the years, I think all of us have initiated and certainly, all of us have voted on, different ways to audit the contracts of the sheriff’s department, and I think this is a good extension of that continuous oversight,” D’Amico said.

Councilman John Erickson made clear that if West Hollywood’s desired audit was not undertaken by the county, he would like the city to act on its own “immediately.” He also raised other issues that West Hollywood residents have reported with the LASD.

“I’m gravely concerned by the whistleblowers’ claims, and I will say from a public safety standpoint, when I was away in Wisconsin, I was receiving a number of disturbing emails [alleging unresponsiveness] from the sheriff’s department,” Erickson said. “I have great respect for our first responders, those who put their lives on the line, but I am slowly losing confidence in the sheriff’s department. I’ve always worked with them in a great way and found them to be responsive, but they are not being responsive to members of our community who call them for very simple tasks, and that’s concerning to me.”

Three members of the public also supported the audit, which they claimed was the first step toward diverting police funding and increasing funding for social services, a push that continues following the nationwide call to defund police departments after the murder of George Floyd at the hands of Minneapolis police officers last year and the killings of other people of color by police officers.

“This audit is a vital next step towards dismantling systemic racism and solving so many safety and quality-of-life issues,” West Hollywood resident Jordan David said.

Another member of the public, Enoch Miller, referenced other controversies that have surrounded the LASD, including allegations of racism and that there are so-called gangs of officers within the department.

“Please vote to drastically increase city spending on social services and dramatically divest from the sheriff’s contract. The well-documented issues of white supremacy and police gangs [indicate that the LASD] are not equipped to solve any of our public safety issues,” Miller said.

A request for comment from the LASD was not returned before press time.