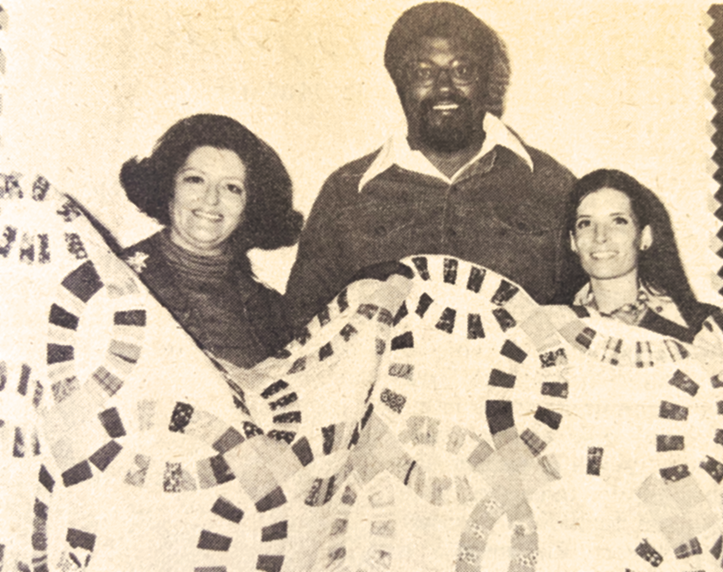 Former Los Angeles Rams great Rosey Grier was shown in this photograph from the June 2, 1977, issue of the Park Labrea News with a quilt signed by celebrity and sports personalities to be auctioned that year for charity. He was joined by Margaret Cavigga, left, and Roberta Ernisse, of the organization Giant Step, a nonprofit founded by Grier to give disadvantaged youth job training and to provide housing for senior citizens in Los Angeles. Grier, 88, played for the Rams from 1963-67 and the New York Giants from 1955-62, and also made numerous television appearances from the 1960s to 1980s. He remains active in the Giant Step organization and raises awareness for other causes, including the Prostate Cancer Foundation.