The Getty explores connections in film and dance 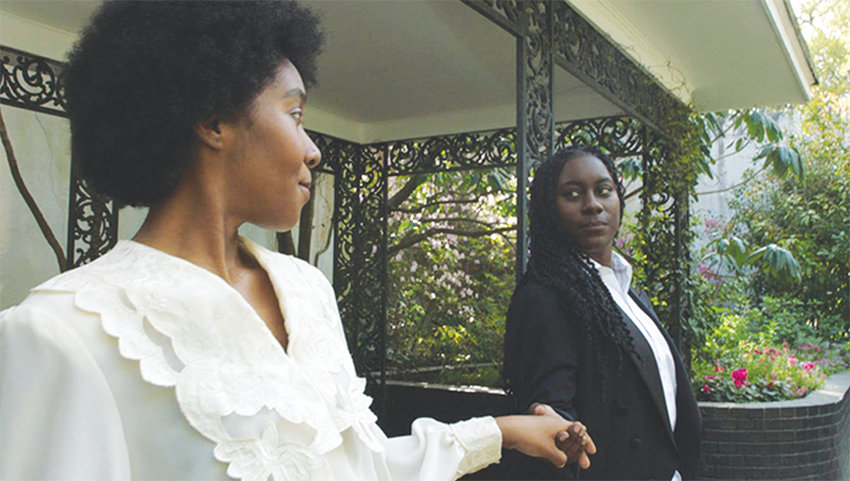 The Getty is holding the second program in its Dancers on Film series with filmmaker and artist Madeleine Hunt-Ehrlich in conversation with research specialist Kristin Juarez on Thursday, June 10, from noon to 1 p.m., via Zoom.

The free discussion will center on how experimental filmmaking reimagines the fragments of African American narratives found in archival material and cinema histories. The program will include a screening of the artist’s short films, including her surrealist documentary “Spit on the Broom” (2019), which explores the history of the United Order of Tents, a clandestine organization of Black women organized in the 1840s during the height of the Underground Railroad.

The program will be accompanied by a pre-screening of George Stevens’ film “Swing Time” (1936), a classic Fred Astaire and Ginger Rogers musical that speaks to Hunt-Ehrlich’s use of dance to create new understandings of the cinematic genre. “Swing Time” will be available for viewing through June 11 on the Getty’s website, with webinar registration.

Hunt-Ehrlich is a filmmaker and artist whose work has screened internationally. She appeared on Filmmaker Magazine’s 2020 list of 25 New Faces of Independent Cinema. Her first feature film, “Madame Négritude,” which is forthcoming, received screenwriting support from the San Francisco Film Society’s Rainin Grant and was a 2020 finalist at Biennale College Cinema, the Venice Film Festival’s prestigious film lab and fund.

Juarez is the research specialist for the African American Art History Initiative at the Getty Research Institute. She studies the work of modern and contemporary multidisciplinary artists who utilize the moving image, dance and visual art. She is co-curator of the forthcoming exhibition “Blondell Cummings: Dance as Moving Pictures,” which will open in September.

The program is part of an ongoing series that considers how the moving image archives dance and what dance can archive. The program is associated with the Getty Research Institute’s African American Art History Initiative.

BHUSD to fly rainbow flags at all schools and district office