Suspect in custody for stabbing at Park La Brea 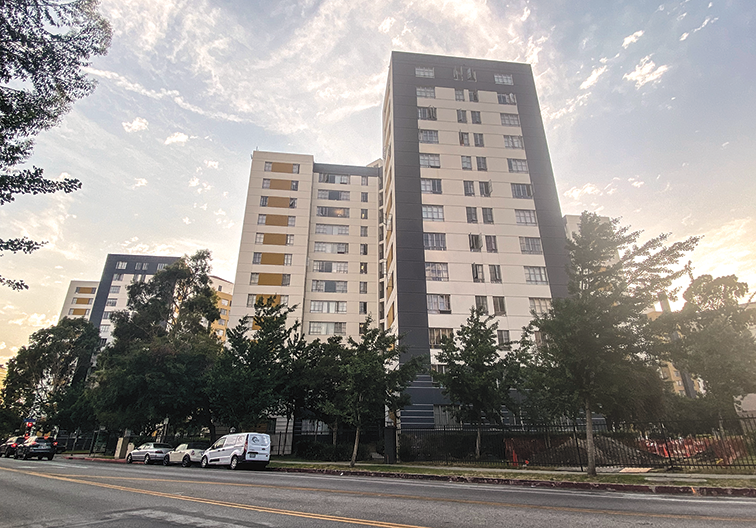 A 17-year-old male suspect was arrested and booked for murder on June 16 after allegedly stabbing another man to death in an apartment in a tower in Park La Brea in the 300 block of Burnside Avenue.

The stabbing was reported at 2:33 p.m., Los Angeles Police Department spokesman Tony Im said. Officers responded to 911 calls and found the victim suffering from stab wounds, he added. The suspect fled before officers arrived and sought treatment for unspecified injuries at a nearby hospital, Im said. Police were called and officers arrested the suspect at the hospital, he added.

The exact motive for the crime has not been determined, but it appears the suspect was attempting to break in the apartment while the victim working in the unit, Im said.

“There was a confrontation and the suspect stabbed the victim,” Im added. “He then fled on foot and was found later at the hospital.”

The Los Angeles County Office of Medical Examiner-Coroner identified the victim as Jose Mejia, 50. He was found in a stairwell and pronounced dead at the scene.

Im had no further details about the crime. Capt. Shannon Paulson, commanding officer of the LAPD’s Wilshire Division, said the incident remains under investigation.

“I can tell you we have a subject in custody and that he was apprehended very shortly after the homicide occurred,” Paulson said in a statement. “We are also confident there are no additional suspects directly involved or who remain at large.”

The LAPD’s West Bureau Homicide Unit is investigating the crime. Anyone with information is urged to call detectives at (213)382-9470.