Setting up women for showbiz success 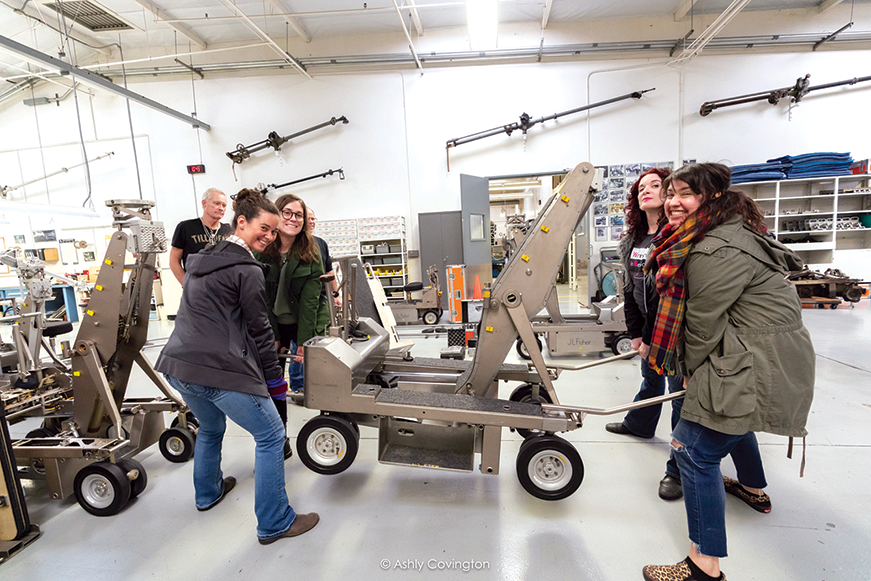 Women in Media is working to address gender disparity in the male-dominated entertainment industry. (photo by Ashly Covington)

A new initiative from the owners and managers of Television City and the nonprofit Women in Media aims to provide a pathway to technical jobs for women in the entertainment industry.

The program, part of WIM’s CAMERAderie Initiative, is starting with 40 women, who will be trained to work as grips, set electricians and set constructors at three MBS Group sites.

Irene Phan, a WIM member and vice president with the MBS Group, which manages Television City, said she was inspired to create the program to help create opportunities for women in a “male-dominated” industry.

Phan secured the assistance of Hackman Capital Partners, which owns Television City. Zach Sokoloff, a vice president with HCP primarily focused on the studio platform, said this new program “fits very squarely” with Changing Lenses, an initiative created by HCP last year to “create an entertainment industry that is as diverse and dynamic as the city in which we live.”

“Originally, given the prominence of racial inequities surrounding the George Floyd murder and the subsequent protests, our focus was initially on individuals of color … but once you begin to peel back the layers of inequities, you realize it’s not just one community that’s been excluded from an industry, but many,” he said. 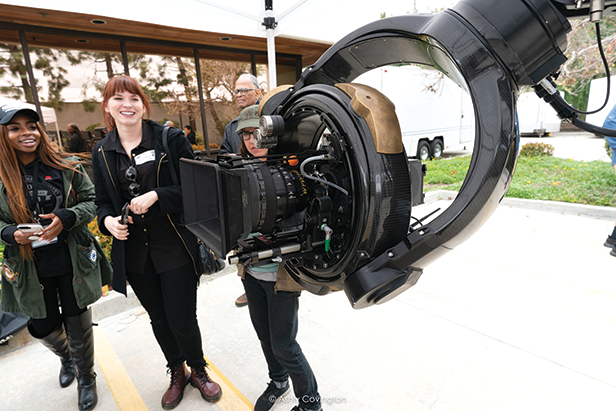 Sokoloff added that Women in Media was already doing “impactful work” on reducing gender disparities, and Television City was pleased to help make sure that “constituencies across the spectrum of the city” are represented in the industry.

“Women are clearly an enormous component of that, and when we saw the numbers of that, we saw it was a natural fit,” Sokoloff said.

Allison Vanore, secretary-treasurer of WIM, and Tema Staig, WIM’s executive director, praised the Television City team for helping with their mission and “realizing how important it is” for women to have a chance to work in these behind-the-scenes roles that provide a solid income.

“We’re giving all these women the ability to get training from people at the top of their game, on stages where the biggest movies and TV shows are being shot,” Vanore said. “They’ll have the knowledge and the skills, and that will result in them being comfortable going into these jobs and working among the rest of the crew. It’s going to make a huge impact on all of these women.”

Vanore and Staig noted that many of these jobs are hard for women to procure, not only because they’re sometimes passed from generation to generation of a family – often primarily for men – but also due to sexism and gender-related issues. Sexual harassment is a problem with these careers, Staig noted, and it’s only exacerbated by the low numbers of women.

“If you’re the only woman on set or in your department, it’s a lonely place, and sometimes it can be quite hostile, and that’s something we want to remove,” she said.

Staig added that “things are beginning to improve, but there’s a long way to go.” This program, through training women and allowing WIM to help them get hired, takes things beyond “lip service,” Staig said.

“We have to make it possible to hire more women,” she said. “Women are as hardworking as anyone else. We want to make sure that our members are the most qualified people on the planet. People who have the energy and the excitement to do the job should have the opportunity.”

Phan said that while the program is “only the first stepping stone for us moving in the right direction,” it is progress that can lay a path for future accomplishments.

“I have bigger visions of this program where we’d like to offer it in various other locations we have in the studio platform, but obviously, we’re very much looking forward to the success of this specific program because it’s the first one,” she said. “I think we’ll make a large impact with what we can achieve with this first one, and we’re looking forward to seeing how this expands our whole entire platform.”

This article was updated at 10 a.m. on June 17 to correct the spelling of the CAMERAderie intiative and to correct an editing error in a quotation.