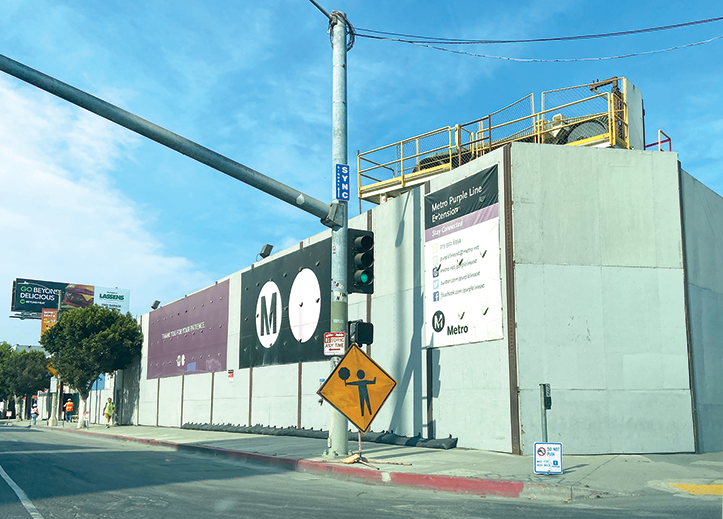 Work on the Purple Line Extension subway project continues in June, and Metro has provided an overview of work occurring this month.

Utility relocation work has begun on the third and final section of the project between Century City and the Veterans Administration hospital in Westwood. As part of the initial work, Metro will relocate and upgrade sewer lines and storm drains on Wilshire Boulevard and Gayley Avenue. The construction is occurring on weekends from Friday at 11 p.m. through Monday at 6 a.m. It consists of cutting using saws, demolition and trenching of the existing roadways. Construction will be done in stages and updates will be provided when new information is available. Utility service and building access will be maintained near construction sites.