Options remain for those still watching from home

The biggest media news of the week might be theaters reopening and serving up strong signs of more flicks going big once more. I’m sure my return to a movie palace is soon forthcoming, popcorn at the ready, but more than a year of new habits stand in my way.

To honor one of my last attempts to find material to review in lieu of a single outing to a big screen, let’s embark on a journey of what I watched over the last seven days, ranking all 10 things, worst to best.

I want so much from this stop-motion parody of Marvel’s most outlandish supervillain, voiced by Patton Oswald. The pilot sets a brisk pace but doesn’t deliver much actual humor. Future episodes will hopefully improve as the series continues to channel “Robot Chicken” energy.

Call director Zack Snyder’s return to horror a thematic sequel to his 2004 “Dawn of the Dead,” an incredible remake, if you like. Too bad “Army of the Dead” adds little to the undead zeitgeist. It doesn’t flop, but the outcome hardly feels satisfying, and definitely doesn’t match Netflix’s dubious claim that it’s the most watched film on the platform. Instead, “Army” falls somewhere between watchable and cliche, entertaining at times, but predictable in a bad way more often.

The anthology series serves as a banner for various animation teams to go their own way. Sure, season 1 unleashed the crazy a bit more – hyper violent, plenty of nudity, crazy stories – but season 2’s shortened installment (Netflix’s eight-episode seasons are killing me) enjoys a few standout sci-fi moments amid several longer shorts, though none land quite like season 1’s more profound offerings.

Procedural cop shows aren’t my thing, but the devil working alongside L.A.’s finest makes for easy viewing. The driving thread remains the most interesting part, especially with the latest arrival of a certain patriarch (perfectly cast). The final episodes of season 5 stay on point, especially a musical episode, which I can never pass up.

Dave Grohl, former Nirvana drummer, Foo Fighters frontman and delightful human being, fronts a docuseries with his mother, Virginia Grohl, interviewing other musicians about their relationships with their moms. Each episode focuses on artists and their careers, peppering marvelous new info about the Grohls along the way. Of the four installments thus far, the pilot, featuring Imagine Dragons singer Dan Reynolds, works the best, but each one still provides a slew of endearing, heartfelt moments.

I admit my minimal knowledge of Tina Turner, besides a few tidbits ranging from her most popular songs to her role in “Mad Max: Beyond Thunderdome.” So HBO’s original doc focusing on her life story is a remarkable experience filled with both frustration – particularly some directed at entertainment journalists asking the same tired questions hoping for the legendary singer to cry – and boatloads of joy. 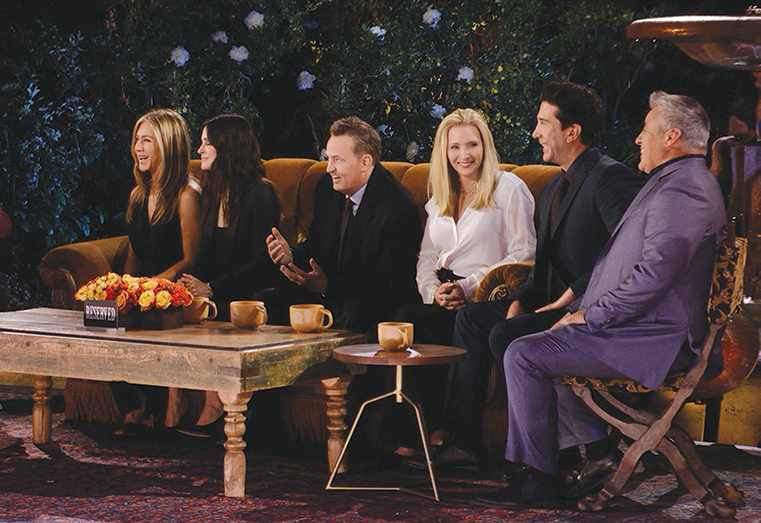 “Friends: The Reunion” offers a walk down memory lane with the cast and many special guests. (photo courtesy of HBO Max)

After two decades, one of television’s most popular sitcoms gets the reunion treatment. This might be the most expensive one yet, and definitely the longest with a movie-length runtime. Seeing the whole crew and a host of special guests (let the other news outlets spoil them) makes for great nostalgia, at least taking me back to the many times I binged all 10 seasons in college at the height of DVD boxset sales, and ample times since.

This South Korean animated series is a blast. Dragons, talking elder dragons, elves, goddesses, sorcerers – all the best of fantasy fiction makes an appearance in this video game adaptation that actually works. At least that pesky VG curse lifts momentarily on the small screen. 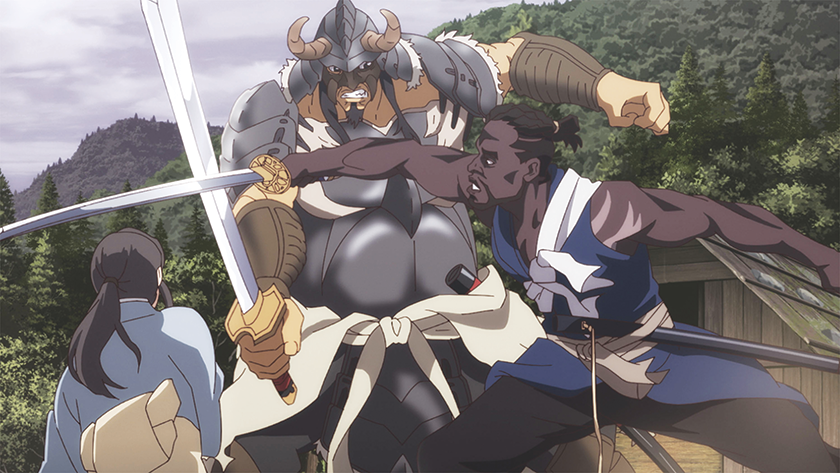 The anime series “Yasuke” focuses on the historical story of a Black samurai, voiced by LaKeith Stanfield. (photo courtesy of Netflix)

At episodes around 25 minutes each, this anime series set in a very different feudal Japan is a quick binge, focusing on the historical story of a Black samurai, amazingly voiced by LaKeith Stanfield in the English version. But don’t expect historical accuracy amidst samurai mech warriors, sorcerers and shapeshifters. It’s a crazy ride worth every minute.

One day I’ll give this show the full exploration it deserves. For now, I’ll merely say this delightful Australian animated series about a family of dogs enjoying the day’s shenanigans inspires me to be a better parent. And the kids dig it too, so that’s a major plus.

VINTAGE: Plan called for Spruce Goose to be displayed in Pan Pacific Park