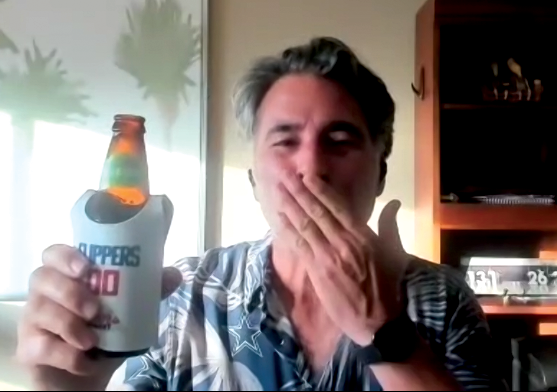 The state of the city of West Hollywood is not unique – like cities across the country, West Hollywood is still reeling from the effects of the pandemic while witnessing plenty of reasons for optimism as the economy slowly, but steadily, returns to form.

That was among the sentiments expressed on June 29, when the West Hollywood Chamber of Commerce virtually hosted its 2021 State of the City address. Chamber President and CEO Genevieve Morrill said the majority of the city’s businesses survived the pandemic and are on the road to recovery.

“But it’s going to take solid partners … to ensure that we can thrive over the next few years,” she said.

Chamber Chair Nick Rimedio echoed her statements, saying that the city’s economy is showing signs of life, especially after an “amazing” Pride weekend. While the city’s streets and businesses were full, West Hollywood will still need years to recuperate, he said.

“Now more than ever, we need a strong relationship with our City Council, with our city government and with the business community that’s built on trust, mutual respect and support as we rebuild these stronger tomorrows,” Rimedio added. “There are sunny days ahead, thank goodness, but we know it is going to take so much time to rebuild.”

He referenced the theme of the event, “Open for Creativity,” and said the city will need to be innovative in its approach toward pre-pandemic revenues “and better.” Rimedio said the new council and new city manager could present such opportunities.

Mayor Lindsey Horvath gave the keynote address. She mentioned the State of the City event last year, when members of the business community – and the community as a whole – were coping with anxiety and uncertainty. At the time, it was hard to believe there was “a light at the end of the tunnel,” Horvath said.

However, the city is seeing “people come back to West Hollywood,” as evidenced by the success of Pride and reports that local hotel numbers are on the rise, she said. The mayor said the city has worked diligently to safely reopen its economy.

“Our values remain consistent despite the changes and challenges we’ve faced,” Horvath added.

She said the city has combatted the impacts of COVID head-on, and that city staff “stepped up in extraordinary ways” during the pandemic. Horvath cited the city’s resident and social services, saying that West Hollywood allocated more than $2 million in emergency funding for rental assistance, legal services, food delivery and more.

“There’s much work to be done,” the mayor said.

Incoming City Manager David Wilson gave a report on the city’s budget. On July 7, he will take over for Paul Arevalo, who is retiring after more than 20 years in his current role. Arevalo was honored at the end of the event.

Wilson said that while the city has a long history of “conservative budgeting” and is in a “strong” position at the moment, West Hollywood is projected to have more than $32 million in general fund deficits from fiscal year 2020 to fiscal year 2022.

“We will work hard toward not experiencing these projected deficit amounts,” he said.

Mott Smith, cofounder of Amped Kitchens and principal at Civic Enterprises, moderated a panel discussion on the city’s post-pandemic plan with Director of Planning and Development Services John Keho and Director of Public Works Jackie Rocco.

Smith said it was “cliché” to talk about the hardships of 2020, but he has seen “bursts of creativity” in West Hollywood as the city has reopened its economy.

“West Hollywood, as the Creative City, has always been at the forefront of civic entrepreneurship, you could say, and this time is no different,” he said, adding that the city has created a small business initiative and is looking for ways to revitalize neighborhoods. “That was something that began even before the pandemic. When the pandemic hit, it kind of went in to hyper-drive.”

Keho said the city “had to change on a dime.” He said his department was accustomed to face-to-face interactions with community members and business leaders, but suddenly its operations were shifted online.

“It’s going to be a new world when we can have both in-person and online services,” Keho added.

Rocco said the pandemic created a “good opportunity” for city departments to collaborate and help the business community. Keho referenced the city’s OUT Zone program, which loosened restrictions for businesses trying to expand their operations outdoors, among other things.

“This has been a really effective and welcome opportunity for businesses,” Rocco said.

Moving forward, city staff see a lot of potential for additional opportunities to utilize outdoor space; however, it does come with some concerns. For example, some operations – such as a business with a tent over the sidewalk in front of its store – could raise police and fire department issues, Keho said.

“This is something we’ll need to take care of,” he said.

Rocco added that city staff also noticed that taking parking spaces away from the public and utilizing them for OUT Zones led to the elimination of commercial loading zones and parking spaces for food delivery services, which were essential during the pandemic.

“It’s about achieving a balance,” she said.

Arevalo, the outgoing city manager, sipped a Sierra Nevada Brewing Co. beer as he gave his last State of the City speech. He spoke about his time with the city and its ups and downs throughout the years.

“If I ever wanted to be city manager, this is the city I want to do it in,” Arevalo said of his decision to accept the position more than 20 years ago.

He said it has been “amazing” to watch West Hollywood transform. Arevalo said the city went from “West Hollyweird” to a city with a lot of ongoing and upcoming major developments. However, progress started slowly, he said.

“We were the experiment that was supposed to fail miserably,” Arevalo said, adding that critics argued that West Hollywood didn’t have the resources or wherewithal to run a city. “We failed spectacularly. It’s just amazing. … It’s just been an amazing ride.”