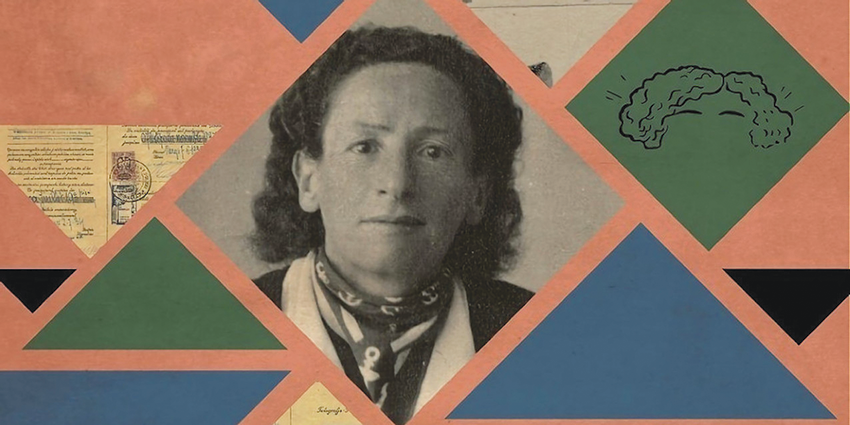 Historian and author Jonathan Ned Katz will discuss the life of Eve Adams, known as one of the first LGBTQ activists. (photo courtesy of Holocaust Museum Los Angeles)

Katz will discuss his new book about pioneering lesbian activist Eve Adams, who is also known as Eva Kotchever. Born Chawa Zloczewer into a Jewish family in Poland, Adams emigrated to the United States in 1912, took a new name, befriended anarchists, sold radical publications and ran lesbian-and-gay-friendly speakeasies in Chicago and New York. Her New York after-theater club “Eve’s Hangout” is considered one of the first lesbian bars In America. In 1925, Adams wrote and published a collection of short stories titled “Lesbian Love.”

Adams’s bold activism caught the attention of the young J. Edgar Hoover and the Federal Bureau of Investigation, leading to her surveillance and arrest for publishing an obscene book. She was jailed and deported back to Europe, and was ultimately murdered by Nazis in Auschwitz. “Eve’s Hangout” closed in the wake of her arrest and today is recognized as a historic monument by the National Park Service and the NYC LGBT Historic Sites Project. An LGBTQ icon in Paris, she has a street (Rue Eva Kotchever) and a public school named after her.

Katz is an expert on lesbian, gay, bisexual, transgender and heterosexual American history who has focused on same-sex attraction and changes in the social organization of sexuality over time. “The Daring Life and Dangerous Times of Eve Adams,” his latest book, includes the text of Adams’ “Lesbian Love.”