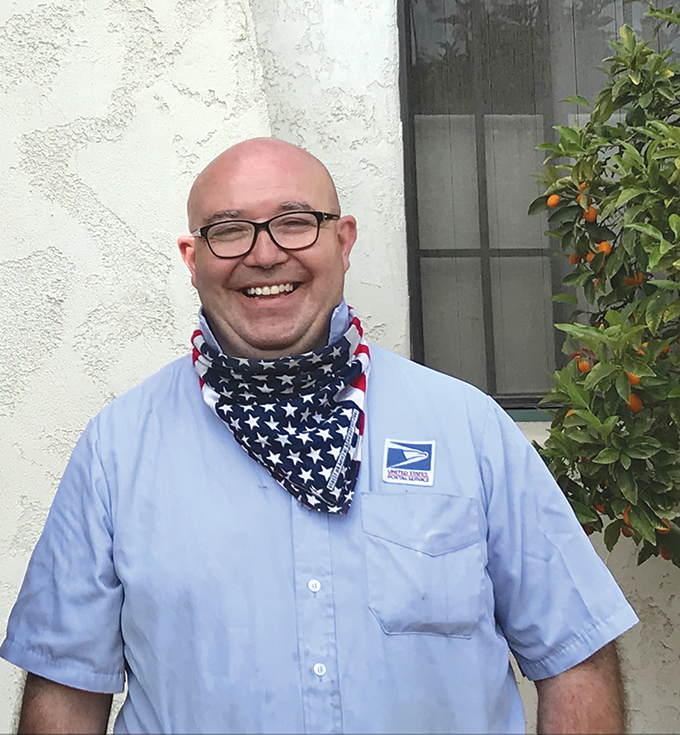 Mail carrier Andrei Manea acted quickly on May 24 when an elderly resident lost consciousness in a swimming pool. (photo courtesy of Shelley Wagers)

While “neither snow nor rain nor heat nor gloom of night” keeps a mail carrier from completing their appointed rounds, sometimes something unexpected happens along the way that demands quick thinking and action.

For mail carrier Andrei Manea, who has worked out of the United States Postal Service’s Bicentennial post office on Beverly Boulevard since 2014, that something unexpected came on May 24 when he was on his rounds in Beverly Grove on Fifth Street near Sweetzer Avenue. Around 4:30 p.m., Manea heard a woman calling for help and found Fifth Street resident Marsha Lewin Latiner on the steps in her backyard swimming pool, clutching her 90-year-old husband, Forrest, who had lost consciousness. Manea quickly called 911 and, at Latiner’s direction, ran to the neighbor’s house and banged on the door. He returned seconds later with neighbors Ken and Shelley Wagers. Together, they pulled Forrest Latiner, who was still not breathing, from the water.

“It was terrifying. I couldn’t pull him out of the pool by myself,” Marsha Lewin Latiner said.

Manea stayed on the phone with Los Angeles Fire Department dispatchers, and once the victim was pulled onto the pool deck, relayed information about performing CPR. Ken Wagers, who had never performed CPR before, got Latiner’s pulse restarted. Paramedics arrived within seven minutes and rushed the victim to Cedars-Sinai Medical Center. Ten days later, Forrest Latiner is recovering in a rehabilitation facility and is expected to return home soon, his wife said.

“It was his 90th birthday on Sunday and then on Monday, it happened,” she said. “Thank God it wasn’t his time yet.”

Latiner, and the Wagers, believe the hero was Manea, whose quick thinking and action likely saved Latiner’s life. They said he has been an exemplary mail carrier for years, always friendly and courteous, and deserves an award for stepping in when a life was hanging in the balance.

“He deserves a lot of credit. He’s been a real hero, absolutely,” Marsha Lewin Latiner said. “Talk about somebody who delivers the mail – he delivers life. Andrei heard me and knew what to do. Thank God for him.”

“Our mail carrier is such a conscientious, caring and thoughtful human being,” she said. “He is always professional and assists the neighbors, but then this came along. His willingness to take action and his quick thinking was a pivotal point.” 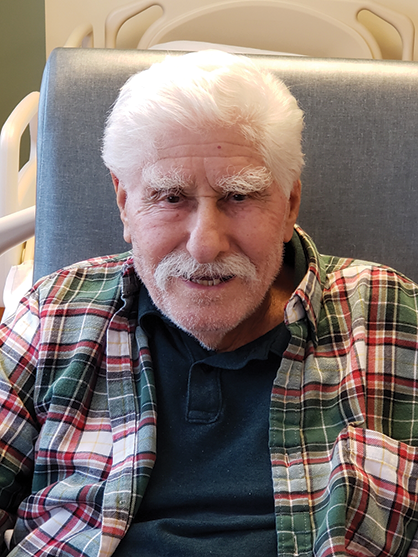 Manea, 47, was modest about the incident and downplayed references to being a hero. He said Ken and Shelley Wagers played a role in saving Latiner’s life, as did the paramedics and hospital staff. Responding and helping was second nature, something many others would have done, he added. Looking back, Manea added that he is grateful to have been at the right place at the right time.

“I’m glad I could help,” he added. “We all did it together – his wife, Mr. and Mrs. Wagers. When I went home and saw my kid, and she asked me if I felt like a hero, I told her that my joy would not be complete unless he made it. But now I am happy. He is getting better and will be home soon. I did the right thing, but I think anybody would do the same.”

Marsha Lewin Latiner said doctors ruled out a heart attack and stroke, but the specific cause of her husband losing consciousness remains unknown. She believes his going from the warm temperatures outdoors into the cool water may have contributed to the accident.

LAFD spokesman Brian Humphrey confirmed that firefighters took the victim to the hospital. He also said the incident illustrates the dangers presented by swimming pools. Humphrey said firefighters responded to eight near-drownings citywide in May, which is average for the summer months. Pool safety is paramount, particularly for children and people who are elderly or disabled, he said. Of utmost importance is supervision and having a phone nearby to call 911 if help is needed, he added.

“When it comes down to the water, sometimes people overestimate their abilities or get into trouble for a variety of reasons. Anything can happen,” Humphrey added. “There are pool alarms and safety devices, but nothing takes the place of watching the water. Make sure there is always somebody there to watch the water.”

Latiner said she will definitely take precautions so a similar situation doesn’t occur. Manea, who lives in the Fairfax District near the Bicentennial post office, said he still plans to watch out for the Latiners, Wagers and all the other people on his route, who he referred to as his neighbors.

“I love my job,” Manea added. “I believe it is a very important job, a very important part of American life, having the mail delivered. I love meeting people from many cultures, I love being outside and I love this area. These people are not just my customers, they are my neighbors. I’m happy to help them.”

Incredible how all these neighbors meshed together to save Mr. Latiner. Andrei, Ken and Sherry all worked together. I hope the city has medals or citations for them all.

Thank you to all of you fir saving the life of my uncle Forrest Latiner. You are all heroes and I send blessings and my deepest gratitude.