‘In the Heights’ ushers in summer movie season 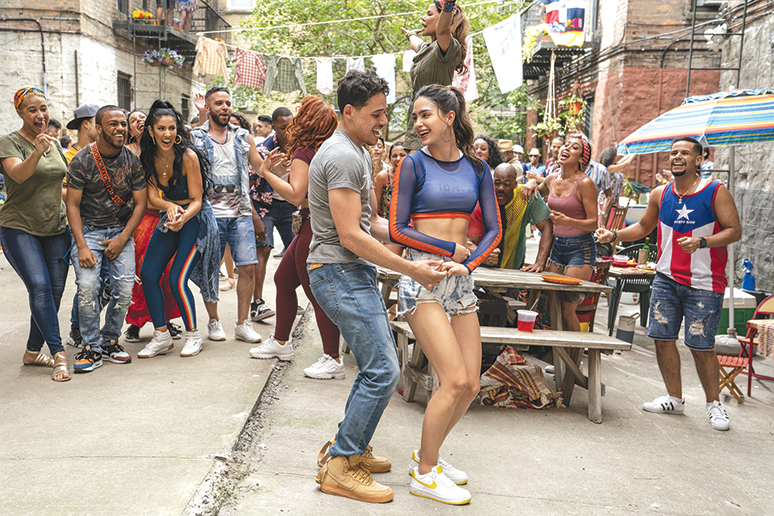 Lin-Manuel Miranda might enjoy world acclaim for the Broadway smash “Hamilton,” but his off-Broadway, Tony-winning “In the Heights” placed him on the map. Some new songs and updated lyrics – notably a reference to “John Wick” and the omission of one involving Trump – brings the musical film into a new decade. But the story – first appearing on stage in 2005 – ages well.

Gentrification, immigration, cultural identity and ample socioeconomic issues burden the ensemble cast. Narrator and lead Usnavi (Anthony Ramos) educates a group of kids – and mass audiences along for the ride – about life in Manhattan’s Washington Heights neighborhood. Usnavi plans to honor his father by purchasing an old family business in the Dominican Republic.

As he makes plans for the big move, Nina (Leslie Grace) arrives home from her first year at Stanford University, immediately uncomfortable with all the praise heaped on her as the one who made it out. And stylist Vanessa (Melissa Barrera) has no luck relocating to the fashion district to pursue her dream of becoming a professional designer.

The other plot line is rather loose, affording songs and sequences to transform the barrio into a character, something far easier to accomplish on screen than stage. Special attention is given to a certain public swimming pool sequence to bring this to beautiful fruition.

Any film that attempts to tackle social issues, especially one that treads the line of being everything to everyone when depicting a neighborhood as diverse as this one, fails to fully grasp any given topic (i.e. DACA), and recent colorism criticism emphasizes the miles and miles of work Hollywood must do to better reform. But as a musical with a poignant purpose, few are as educational, even less told with such remarkable execution on screen.

Marvel’s third Disney+ series wins for the best pilot featuring a Loki variant (Tom Hiddleston) introduced in “Avengers: Endgame” escaping from the Earth’s mightiest heroes, only to be incarcerated by the Time Variance Authority, tasked with protecting the Sacred Timeline. This move immediately answers one unresolved tension from the 2019 film, but it does so with plenty more questions in its place.

“Loki” sets up the future for many Marvel projects, but the first episode is also just loads of fun. Notes of dark humor, a quirky approach to time trace and strong characters, including Owen Wilson as TVA agent Modius. Hopefully the series’ remaining episodes are as strong and wildly entertaining. 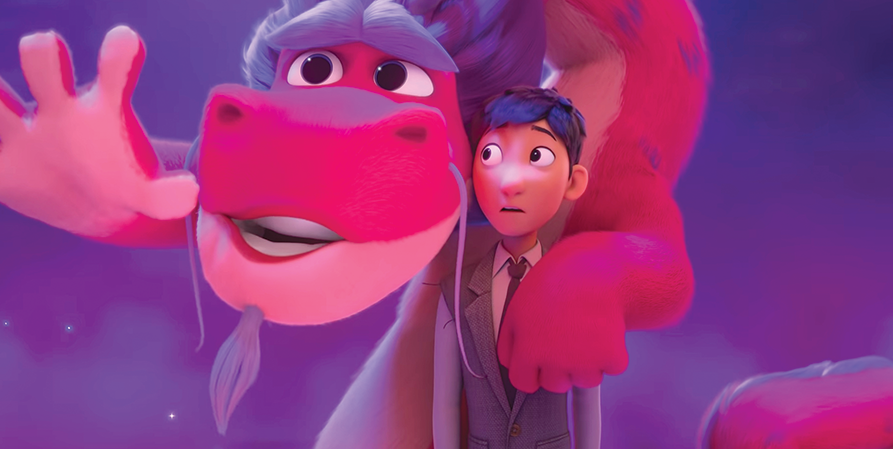 Young Din (Jimmy Wong) might be a peasant, as wish-giving dragon Long (Cho) oft dubs him, but he really just wants his old friend Li Na (Natasha Liu Bordizzo) back in his life, though she’s now wealthy. Din refuses the lure of goods and other material wealth, especially not interested in wishes that sustain, like those that can create circumstances for Din and Li Na to encounter each other once more. It’s refreshingly optimistic.

As usual, Sony’s animation is superb, and the story works incredibly well. It’s an easy choice for the whole family, though the third act might get a bit intense for much younger viewers.

Comedian Bo Burnham made waves with his directorial debut “Eighth Grade,” so poignant at capturing the modern-day youth. His latest Netflix comedy special “Inside” is anything but familiar. Filmed entirely in one room, sans live audience, it expands the true definition of a comedy special.

Burnham’s brand of stand up is mostly songs, so this almost plays like an artist’s music visual album (think Beyoncé’s “Lemonade”). It blends live performance with documentary, as Burnham sings about FaceTiming with mom, all the weird things online and the woes of capitalism, with a little help from a sock puppet.

As things progress, the songs and personal tidbits become more bleak. Maybe Burnham does this for the camera, maybe he’s sincere. Either way, it resonates with the plight of many who stay at home alone for more than a year.

Burnham writes, films, lights, edits and serves as sole star. It’s a magnificent feat unlike anything. That internet he likes to take jabs at ends up providing him the only platform on which such “content,” a term he uses and reuses throughout, can truly succeed.