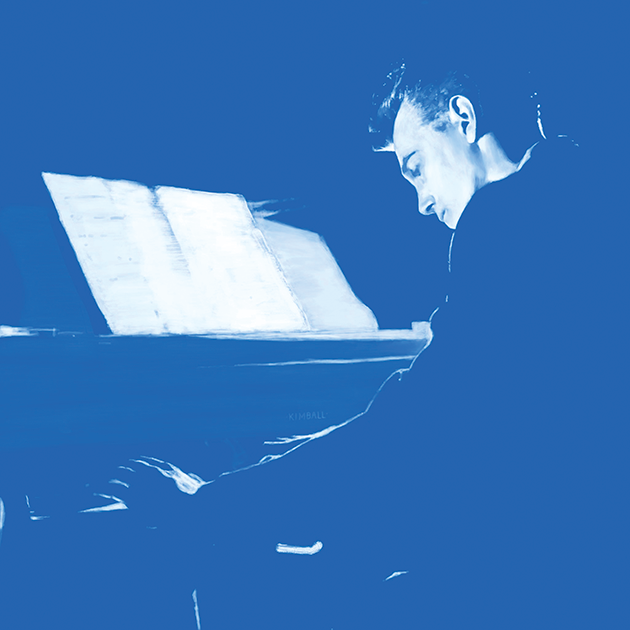 Music students at Hollywood High School will benefit from a new scholarship program created by the family of Jack White, a former Hollywood resident, longtime musician and Southern California home builder who died on May 24 from cancer at the age of 89.

White was a pianist with a love for jazz music, said his daughter Jill Weinlein, who is working with Hollywood High School to start the scholarship fund. White was known for an affable personality and was a wonderful father, she said. His love for jazz began at an early age, cultivated by his father who formed two bands after the Great Depression: Bob White and his Hollywood Ramblers and Bob White’s Jazz Trio.

Weinlein, who is the restaurant writer for the Beverly Press and Park Labrea News, said her father, Jack White, toured the country in the 1930s with her grandfather’s bands. The White family later settled in Hollywood, near the corner of Wilton Place and Fountain Avenue, where they lived upstairs from the Wil-Fount drug store, which the elder White purchased. Jack White attended Le Conte Middle School and Hollywood High School from 1946-50.

Weinlein said as a student, her father was involved in music programs at the high school during a time when the campus was attended by students who became Hollywood celebrities. Carol Burnett was the yearbook editor at the time, she said. White played in two bands and played piano at the Hollywood Bowl during his class’ graduation.

After high school, White was drafted into the U.S. Air Force. It was during the Korean War, but White was not sent overseas. Because of his musical talents, White was assigned to Nellis Air Force Base near Las Vegas and played the French horn in a military band.

“He always said that music saved his life,” she added.

Segregation still existed at the time, and White sought out jazz clubs in a predominately Black community on the west side of Las Vegas, Weinlein said. He was welcomed by the other musicians and frequently spoke about playing piano in the clubs.

After military service, White returned to Hollywood and enrolled in Los Angeles City College. A math teacher inspired him to go into architecture, which he thought would be more profitable than music, Weinlein said. White later studied at the USC School of Architecture.

After college, White lived in different parts of the Los Angeles area and started his own architectural firm.

Weinlein said he designed and built more than 100 homes in Beverly Hills, Westlake Village, Glendale and Thousand Oaks, as well as on Catalina Island.

White was married to Carol “Penny” White from 1957 until she passed away in 1992. They traveled the world and also wrote travel articles published throughout the United States. Weinlein said in his later years, White lived in the Palm Springs area before returning to live with her in La Canada seven years ago.

Weinlein said music was one of the most important things in her father’s life, which is why she wanted to launch the scholarship fund at Hollywood High School.

“Music was his life, and I’d like his legacy to continue and would like to help some students. Because Hollywood High helped nurture his love for music, we would like to give kids a chance to go on and develop their musical skills,” Weinlein added. “He was so enthusiastic and passionate. He had such a wonderful, wonderful life.”

A memorial service was held for White on June 19. He is survived by Weinlein, her husband, Rick, and their daughters, Elizabeth and Kate, as well as his son, Rick White, his wife, Eliane, and their son, Kyle Breslow, and daughter, Karina White.