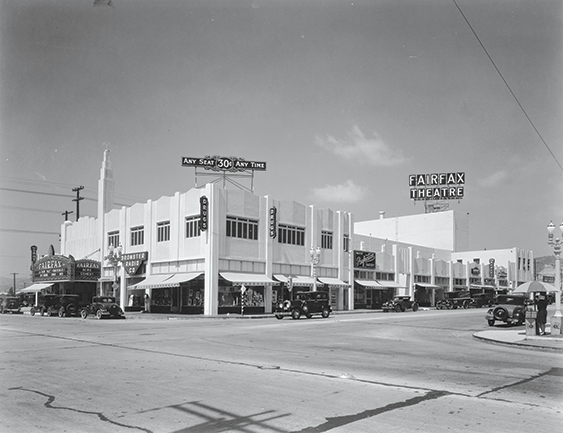 The Los Angeles Cultural Heritage Commission voted unanimously on June 3 to further study the Fairfax Theatre for possible historic-cultural status, as part of a three-step process for designation.

The decision moves the property on the northwest corner of Beverly Boulevard and Fairfax Avenue one step closer to becoming a Los Angeles historic landmark. Next, two members of the commission will tour the site, and the commission will consider historic status at a future meeting, when a final vote is expected. The proposal will then move to the Los Angeles City Council for consideration.

The Cultural Heritage Commission heard a presentation by Steven Luftman, a member of the grassroots group Save Beverly Fairfax and a board member for the Art Deco Society of Los Angeles, who filed the petition for historic monument status. Luftman also disclosed on Monday that he has a bigger goal in his quest to have the theater designated historic. He applied to have the theater recognized on the National Register of Historic Places and received news that the State Historic Resources Commission, which works with the California Office of Historic Preservation to get properties nominated for the national registry, has agreed to consider the Fairfax Theatre at a meeting on July 30.

“It’s a big deal just to get on that agenda,” Luftman said. “We are hoping it will be another step for this important building.”

Luftman conducted extensive research over the past several years on the theater, which was built in 1930. He learned that it has long been at the center of the local Jewish community, having preceded the first synagogues in the area. Jewish congregations held community meetings, fundraisers and special events at the theater, as well as numerous High Holy Days observances, he said. The theater building housed the first kosher deli and Jewish grocery store in the community, as well as an office for one of the first Jewish doctors in the Fairfax District, he said.

The commission is considering historic-cultural status for the theater for the second time. A previous application was turned down in 2010, when the commission ruled that the long-vacant building did not meet the requisite criteria. Luftman said that application focused solely on the architectural elements of the building, not its history and importance in the community. He added that much of the information about the history and connection to the neighborhood was not available to the previous applicant, as he found a lot of it in old newspapers and other sources that have been digitized and made available to the public. 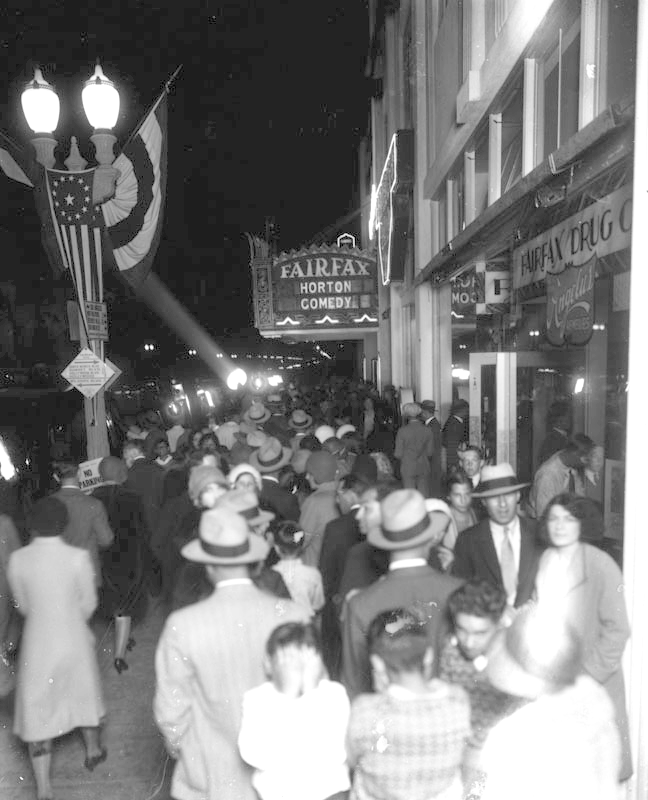 In its heyday, the Fairfax Theatre drew crowds to opening night events. (photo courtesy of the Los Angeles Library)

The building’s owner, B&F Associates, opposed the historic-cultural monument nomination in 2010 and still opposes it now. Attorney William F. Delvac, who represents the owner, spoke briefly during the hearing, indicating the owner is eager to move forward with a development project approved in 2013 for the site, whether or not historic status is granted.

The owner already has city approval to build 71 condominiums in the building, which currently houses small stores on the ground level. Those approvals require that the theater’s marquee and key Art Deco features be preserved, including the building’s signature spire.

Delvac asked that the commission take into consideration that there are already approvals granted for housing. The owner has until 2024 to build the project.

Luftman acknowledged that the building owner has the right to build the condominium project and that cannot be changed, whether or not historic-cultural status is granted. He said historic designation is important and will put the city on record recognizing the theater’s significance in Los Angeles history. Luftman said he is even more optimistic about the preservation plan after the Cultural Heritage Commission vote on June 3.

“I’m very excited. It’s really positive,” he said. “We think it is really important the building gets recognized.”

In the meantime, Luftman said he will continue raising support for preservation and hopes the Los Angeles Cultural Heritage Commission will conclude the property is significant.

“The building should be considered a historic resource,” Luftman said. “I’d love to talk to the owner about changing their plans. Maybe this could work out to be a cultural center. It could be such a great building to resurrect the neighborhood.”

Bill would remove vestiges of redlining and segregation