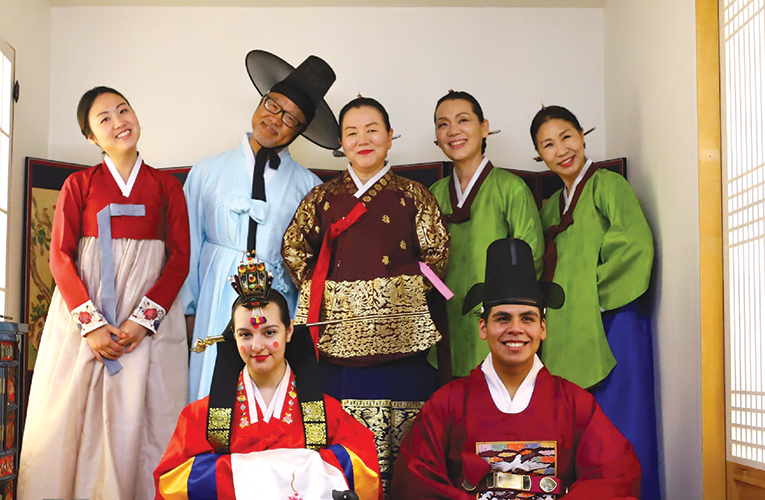 The Korean Culture Day virtual presentation depicts a bride and groom on their wedding day. A narrator will guide audiences through all steps of a traditional wedding ceremony.

The ceremonial procedure of a traditional Korean wedding includes six rites. The rites are derived from “sahonrye,” which includes “napchae,” or wedding presents, “mun-myung,” an inquiry to the bride’s house, “nap-gil,” notifying the bride’s family of the wedding date, “napjing,” the act of sending gifts to the bride’s house, “chung-gi,” sending the wedding date announcement to the bride’s family, and “chin-young,” the meeting of the bride and groom. Because the steps were considered cumbersome, it was gradually simplified to four steps: “uihon,” the discussion of the marriage, “napchae,” the giving of the gifts, “nap-pae,” the giving of a wedding announcement, and “chinyeong,” the meeting of the bride and groom.