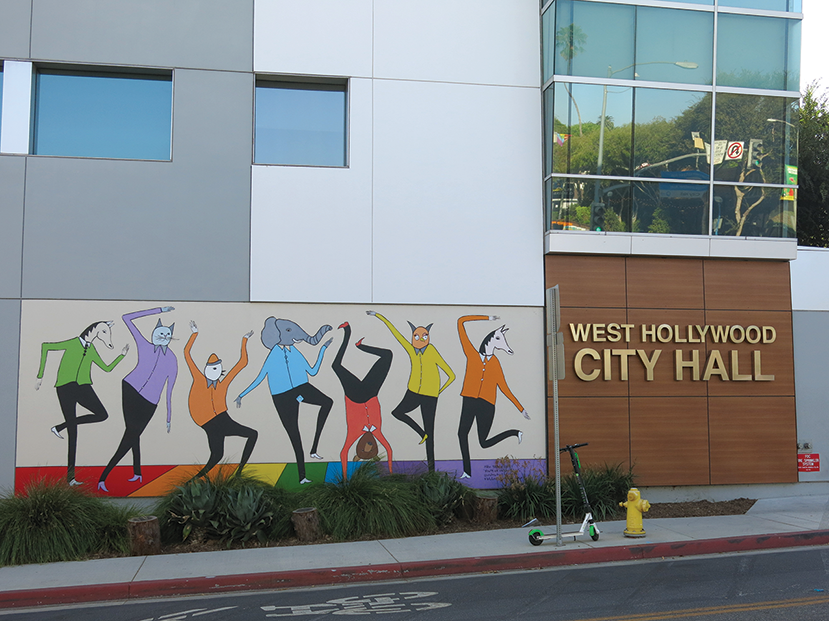 West Hollywood is moving forward with a plan to provide a guaranteed income to some of its residents. (photo by Cameron Kiszla)

Some of West Hollywood’s most economically vulnerable residents may soon benefit from a pilot project the city is currently exploring through a partnership with Mayors for Guaranteed Income and the University of Pennsylvania.

In January, the West Hollywood City Council opted to join MGI and begin researching a guaranteed income project. On Monday, council members directed staff to develop and implement the project.

“We’re hoping that this is the first of many pilot projects,” said Diane Kahn-Epstein, the city’s strategic initiative program administrator.

While details are far from finalized, staff members suggested in a report that the project could target city residents who are low-income (living at 200% or below the federal poverty level), 65 years of age or older and members of the LGBTQ community.

Kahn-Epstein said the project would provide individuals with an “income floor” through regular, unconditional cash payments. The pilot would be the first to specifically assist LGBTQ residents and the elderly.

Staff has proposed raising $450,000 to provide 25 residents with $1,000 payments for 18 months. The city is looking for funding through philanthropic efforts alongside MGI, Southern California Grantmakers and others, according to a staff report.

“We’re working very closely with them on funding sources [and] the criteria for the actual pilot evaluation components,” Kahn-Epstein said.

She added that Gov. Gavin Newsom has included $35 million in funds for guaranteed income pilot projects in his revised budget.

Kahn-Epstein said approximately 40% of Americans could not afford a $400 emergency, even before the pandemic. COVID has made that situation worse nationally and locally, she said.

“We have seen a similar situation in West Hollywood,” Kahn-Epstein said, adding that the city has distributed more than $1.5 million in rental assistance to almost 600 households since March 2020. “We definitely see the need to support our most vulnerable residents.”

Since January, city staff have researched ongoing guaranteed income pilot projects and attended information sessions by guaranteed income experts, according to a staff report. That research will continue, Kahn-Epstein said.

“We’re in the preliminary stages and about to dive into the details,” she added.

According to the staff report, approximately 15 guaranteed income pilot projects have been developed in California. That figure includes programs in both the city and county of Los Angeles. The West Hollywood iteration, which comes at no cost to the city, was originally initiated by Mayor Lindsey Horvath.

“Mayors for a Guaranteed Income share the goal of making sure those who are most vulnerable are taken care of,” Horvath said in January’s meeting. “It’s not a new idea, but it’s received renewed focus in light of a lot of racial and economic injustice that have become top of mind. We think that this is a great way to help protect people and give them the resources and support they need to keep them in place, especially during this tough economic time.”