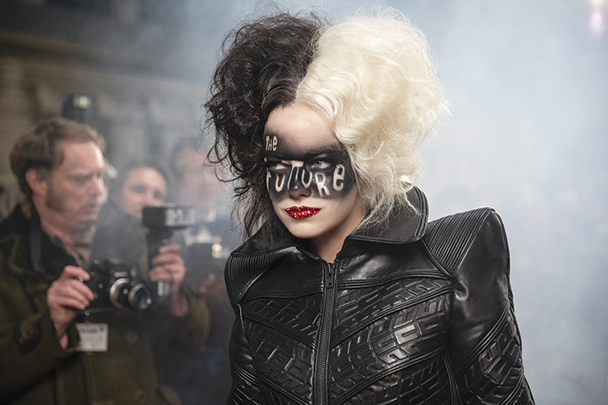 Don’t mistake that for a ringing endorsement. Bland entries like “Maleficent: Mistress of Evil” invite a degree of suspicion, especially any notion that this or any other foray into villain origins will result in anything remotely dark. Always expect the once antagonist-turned-protagonist to transform into at least an antihero.

“Cruella” goes deep in the heroine’s past. Sure, the running time well past two hours could’ve been trimmed down. There’s really no need for an extended intro about pre-teen Estella’s (Tipper Seifert-Cleveland) trouble fitting in, partly thanks to her alter-ego Cruella. Eventually an older Estella (now Emma Stone) emerges as a professional thief, though she never lets go of her childhood dream to stun the world with fashion design.

Eventually the pair clash, and Estella must release Cruella (surname pending) from her unconscious, no longer bound by niceties or law. The stakes continually escalate, but “Cruella” – in theaters and streaming premiere on Disney+ – spends much of its time locked in a fashion battle. Two genius minds clash on the catwalk. 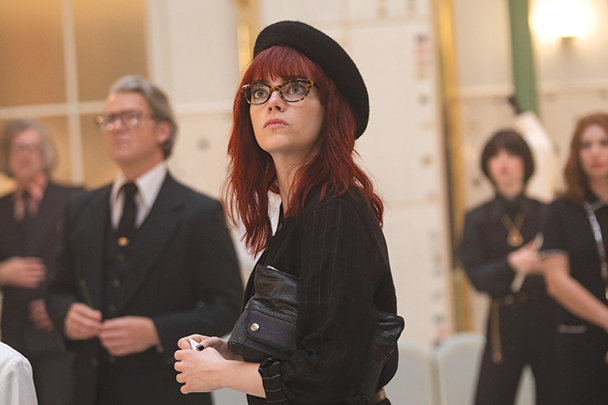 Emma Stone stars Estella, who is destined for big things in the new Disney feature “Cruella.” (photo courtesy of Disney)

Unlike other Disney attempts to reprise classic characters in live action, the latest venture is a kinda-sorta prequel to 1961’s “One Hundred and One Dalmatians,” based on Dodie Smith’s 1956 novel. It humanizes one of the most one-dimensional villains in the Mouse’s vault. Just over 60 years ago, she rocked an evil cackle, craved the furs of puppies and chain smoked with a cig stick.

The cackle eventually returns in 2021, while other references to her more unsavory fabric choices remain wrapped in easter eggs. As for the tobacco haze that once signified her nefarious intentions – it’s no longer permitted by Ms. de Vil’s overlords, who created a blanket ban on portraying all such products in anything below an R rating (which Disney proper doesn’t do anyways).

To call “Cruella” edgy gives it too much credit. Frankly, its PG-13 rating is dubious as well. At least it doesn’t ride the popularity of “Joker,” allowing that bland film to spark a trend. Instead, director Craig Gillespie (“Fright Night,” “Lars and the Real Girl”) borrows more from his most recent Oscar-nominated film “I, Tonya.”

More than a deep dive into madness – Cruella herself only says she’s “a little mad,” anyway – this one will be best known for its insanely original costuming, as Cruella attempts to upstage all the Baroness’ most publicized events. Expect a nom or win. It’s almost a sure thing.

But costumes only work because Stone knows how to use them. Her performance as Estella feels more familiar, a role similar to her past films. Her Cruella is new territory that mostly works. Again, don’t expect fidelity to the novel, animated film or the critically panned remake in 1996.

“Cruella” shines brightest through the spectacle of all those costumes and Stone’s brilliant transformation (her strut slays). But two silent heroes arise as well: a remarkable soundtrack featuring a sea of familiar songs that clearly code the ‘60s landscape and a series of heists (sometimes) successfully performed by Cruella and her crew.

Some logical gaps emerge once all is revealed but they hardly ruin any of the payoffs. And with a sequel already green lit, anything can happen. Hopefully that doesn’t mean a traditional adaptation of the original, which would be quite disingenuous. Perhaps what comes next will be as bizarre as the marketing promised. But that would require a certain media conglomerate to give away some creative control.