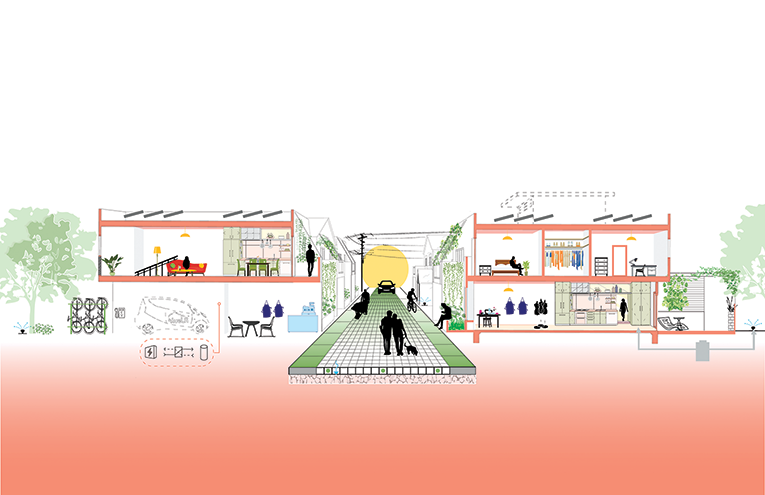 Los Angeles Mayor Eric Garcetti on May 17 announced the winners of “Low-Rise: Housing Ideas for Los Angeles,” an international design challenge for new options to increase the city’s housing stock in areas zoned for single-family homes and low-rise apartments.

“Angelenos want a more livable city with more affordable housing, more opportunity and more accessible transportation options, no matter where they live,” Garcetti said. “This challenge was designed to inspire creative ideas that might reimagine the future of housing in Los Angeles, and the results brought forward an extraordinary range of solutions to build affordable homes that are closer to jobs and transit.”

Together, the designs offer a compelling, achievable vision for how Los Angeles can add more housing in single-family and low-rise neighborhoods — areas that make up more than 80% of residential land in the city, the mayor said. The entries also offer new paths to homeownership, protect against displacement and take measurable steps to reverse the damaging environmental impact of sprawl.

The winning ideas included building new duplexes lining a network of revitalized green alleys in Northeast Los Angeles, reintroducing corner stores to residential neighborhoods where they were once a common sight to build community cohesion, support local merchants and reduce car use. Other ideas included designing apartments so they can be easily reconfigured as families grow and shrink over time, supporting multigenerational households while easing overcrowding.

“For too long, the discussion in Los Angeles about the future of single-family and other low-rise neighborhoods has been reactive to proposals from outside L.A. rather than being specific and organic to our own neighborhoods,” said Christopher Hawthorne, chief design officer for the city of Los Angeles, who organized the Low-Rise initiative with colleagues in the mayor’s office. “Low-Rise offers a way to reorient that discussion so that it reflects the aspirations of Angelenos – and looks back to L.A.’s rich history of innovation in residential architecture at precisely this scale.”

Of the designs to win cash awards, six were submitted by teams based in Los Angeles, with a seventh from Orange County. The remaining winning teams include two from New York City, two from the United Kingdom and one from Austin, Texas. Another 23 entries received Honorable Mentions.