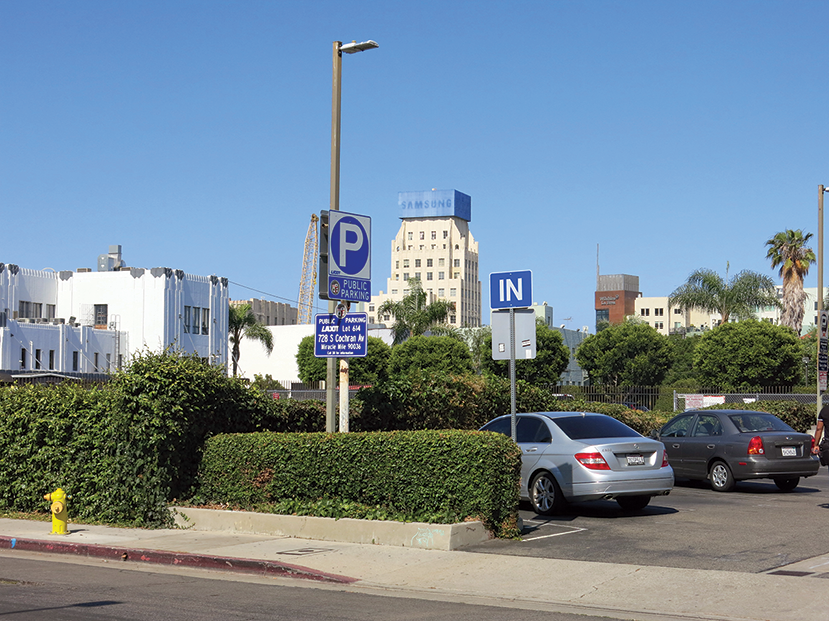 A parking lot at 728 S. Cochran Ave. could eventually be turned into affordable or supportive housing. (photo by Cameron Kiszla)

On June 15, Raman introduced a motion in City Council to have a parking lot across the street from the K-8 Cathedral Chapel School studied as a location for housing.

CCS Principal Tina Kipp said that parking lot is frequently used by school staff and parents, as street parking is limited in the neighborhood.

Kipp also had concerns about the appropriateness of potentially putting a shelter for people experiencing homelessness across the street from a school for small children.

“We’re very sympathetic about the homeless,” Kipp said. “We’re a Catholic school. We do a lot for the homeless, but having it right across the street, it’s not a good option for us. I’m concerned about the safety factor.”

Kipp added that Raman and her staff did not reach out to the school regarding their concerns about the lot at 728 S. Cochran Ave. until after the motion had been introduced.

“I told [Raman] that she needs to meet with the school community, the neighbors and the [Miracle Mile Residential Association] to hear the voices of concern before they do the feasibility study, but she is moving forward … I can’t believe that she doesn’t consult with her constituents before she initiates a motion, but she doesn’t,” Kipp wrote in an email to the school’s board members.

Greg Goldin, president of the MMRA, said his organization also was not contacted by Raman or her office before the motion was introduced, and “we feel very strongly that it’s important to have community input at the ground level.”

“It’s disappointing that an office that makes very high claims for its democratic principles doesn’t reach out to people who live and work in the neighborhood,” Goldin said. “That’s troubling to us. We would like to have a good working relationship with the councilwoman, but she doesn’t talk to us before she does things. That’s not a good sign.”

Goldin said the project is “on our radar,” but the organization has not yet taken a stance on it.

“We naturally share the concerns that the principal at Cathedral Chapel has raised about the project, and I think what we will end up doing is following their lead because they’re going to be the most directly affected,” Goldin said.

Raman was not made available for an interview, but a statement provided by Raman’s office contradicted Kipp’s assertion that the school was not contacted prior to the June 15 motion. The statement said that “prior to the introduction of this motion, our office conducted initial outreach to local leaders from multiple community organizations and Cathedral Chapel School as the beginning of a conversation and process to gather feedback.” The statement added that constituents can register at bit.ly/psh-interest to set up tours of potential permanent supportive housing sites with the councilwoman’s office.

“We encourage community members to continue to share what they would like to see as a part of this important endeavor to bring housing affordability to our neighborhoods,” the statement read.

Goldin said that the loss of parking if housing were to be built could negatively affect the neighborhood.

“It may seem somewhat prosaic to say this, but there’s a tradeoff that’s being proposed here,” Goldin said. “Parking is at a premium. Businesses in the neighborhood suffer from lack of parking. So naturally, there is a concern if [the parking spaces] are taken off the map. That can affect the small businesses we want to survive.” 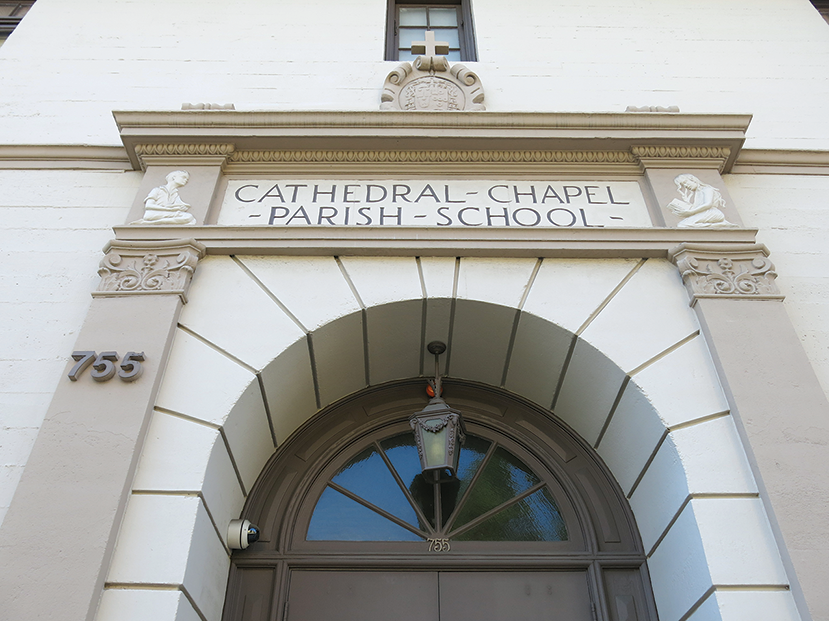 Cathedral Chapel School is worried about the potential loss of a city-owned parking lot near the school. (photo by Cameron Kiszla)

The statement pointed out that the parking lot is “particularly attractive for affordable or permanent supportive housing because it is walking distance to transit via the Metro Rapid/local buses and the future Metro D Line, accessible to jobs and located in a residential neighborhood where individuals and families in need can thrive.”

“We recognize that there is a concern over available parking, and our office will work to ensure each parking space is replaced one-to-one,” the statement said. “Issues such as security and safety will also be thoroughly analyzed and required to be adequately addressed should any proposal move forward.”

Kipp said those replacement parking spaces are likely to be in a subterranean parking lot, which her staff and parents would likely not feel safe using.

“Who will feel comfortable going down to their car in some kind of subterranean facility,” Kipp asked.

The statement from Raman’s office also noted that “any next steps” depend on “the findings of the City Administrative Officer’s feasibility study requested in the motion, which examines the possibility of developing on these lots.”

“Should the feasibility study confirm building affordable housing or PSH is possible, we will proceed with requesting proposals from developers and co-creating the plan of what the development on the sites will actually look like with extensive community input,” the statement said.

Kipp said she’s worried that by that point, the decision will already have been made.

“I’m really concerned that once they have the feasibility study and they think it’s a good possibility, that it will be too late to share what our concerns are,” Kipp said.

Juvenile charged with murder of janitor at Park La Brea