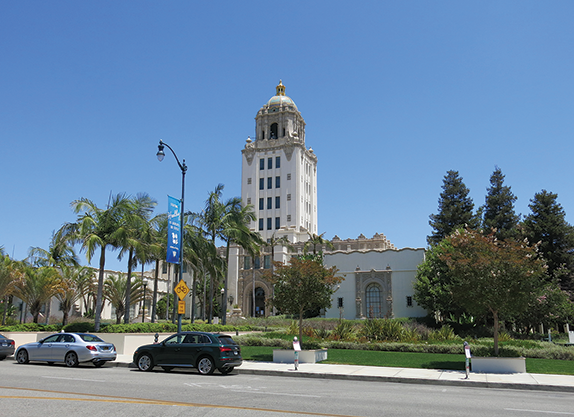 Beverly Hills officials say the city is in relatively better shape than other cities due to its buildup of reserves. (photo by Cameron Kiszla)

The Beverly Hills City Council adopted its 2021-22 capital improvement and operating budgets on June 1 with only a few adjustments from the proposed budgets that were presented to the council in May.

The changes included accelerating the citywide outdoor warning siren system project and allocating $100,000 for a feasibility study to see if the city should create its own health department, according to a staff report.

Mayor Robert Wunderlich said the pandemic had a “horrific” impact on individuals, businesses and cities, but Beverly Hills “was in a lot better shape” than some municipalities, and its budget reflects that.

“We were in a relatively good position to weather it,” he said.

Wunderlich said there were certainly cutbacks in the operating budget, as revenue sources were down. He said several employees have taken advantage of early retirement plans and that some capital improvement projects have been eliminated to compensate.

“The hotel tax was devastated,” the mayor said. “The sales tax was reduced significantly.”

Although the city is seeing encouraging signs that businesses are returning to Beverly Hills, the city will need some time to recover, Wunderlich said.

“Going forward, we anticipate that our finances are going to take a couple of years to be as robust as they would have been with no pandemic,” he added.

The council passed the 2021-22 budgets by a 4-1 margin. Councilmember John Mirisch voted against the proposed budgets, citing a lack of money assigned to affordable housing units in the city.

During the June 1 meeting, Mirisch asked the city’s director of finance, Jeff Muir, if there was any funding set aside for affordable housing in the budgets. Muir acknowledged that there was not.

“Talk is cheap,” Mirisch said. “I’m not going to allow this community to be gaslit, not even by the council.”

He referenced a Keyser Marston Associates nexus study that showed the city would need any more than 500 additional affordable housing units as a result of the One Beverly Hills project, which the council approved on Tuesday.

During the meeting, Wunderlich asked Muir if the city budgets allocated funding for land acquisition – funding that could be used to develop affordable housing units. Muir confirmed that they did, even though there was not a separate line item for affordable housing.

“There are things we are doing and part of the money … would come from projects like One Beverly Hills,” Wunderlich said.