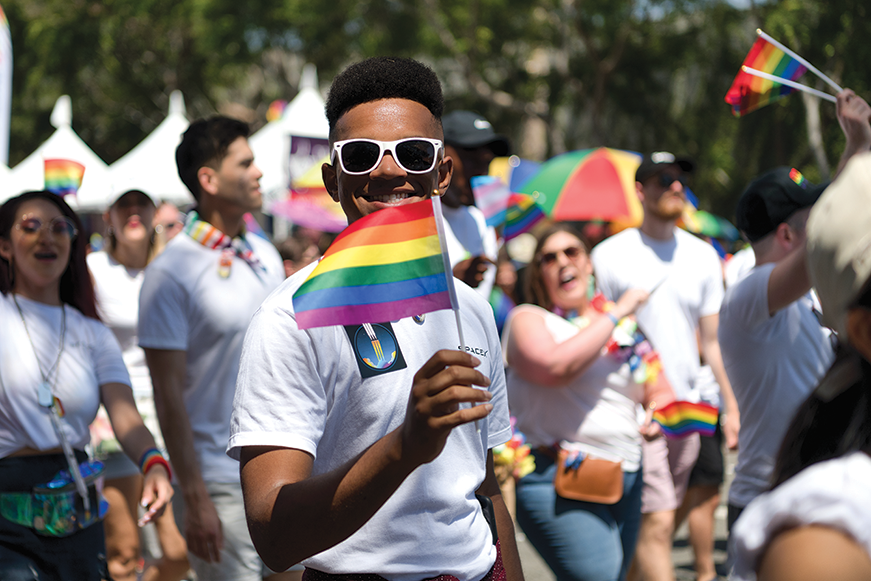 West Hollywood has not held a traditional Pride parade since 2019. (photo by Jon Viscott/courtesy of the city of West Hollywood)

The 12th annual One City One Pride LGBTQ Arts Festival is ongoing in West Hollywood, and many of the city’s free installations and exhibitions will continue throughout the month of June – albeit mostly online.

West Hollywood Arts Coordinator Mike Che said the festival and the art it showcases is a response to some notions that other Pride events are more about partying and less about LGBTQ history, art and culture.

“It sort of answers the critiques of various Pride festivals around the world,” he said.

This year’s theme for One City One Pride is “For the Record,” which seeks to highlight LGBTQ stories that have been concealed in one way or another throughout the years. Che said the city is looking to “elevate” previously unheard voices.

“That’s why there’s an emphasis on history this year,” he added.

Che referenced “Secret Lives,” an event that offers stories and music by LGBTQ seniors. Hosted by NewStages, an Oasis Theater Company program, the next installment of the program will be held at 7 p.m. on June 22. 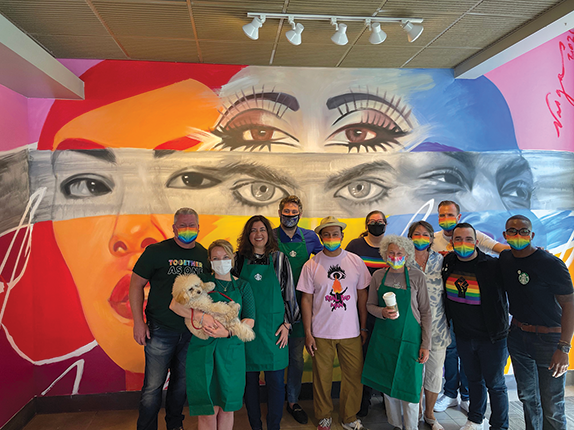 He also mentioned “LGBTQ+ History in Comics,” a panel of comic book writers who have touched upon LGBTQ history in their work. Che said the artists will host readings of their material during the event, which launched on Tuesday.

Additionally, the Stuart Timmons West Hollywood LGBTQ History Tour will culminate with the June 30 release of a collection of short films that explore places of historic significance in West Hollywood.

Other ongoing or upcoming programs include “Love Note,” which offers an audio “expedition” of love in Plummer Park and invites participants to record their own narrative; “Pride Publics: Words and Actions,” an outdoor art exhibition at 687 Robertson Blvd.; “Shaped By Sylvester: Tiki Spills the Tea,” a podcast that explores how a friendship changed the life of a previous West Hollywood resident; and the West Hollywood Pride Play Reading Festival on June 26 and 27.

Che said the public’s response to the arts festival has been “really good” thus far. He said COVID-19 restrictions have shown organizers that there are benefits to hosting online and virtual events.

“We can reach people from all over the country,” Che said. “That’s been really great to see.”

Councilman John Erickson said the virtual programming is “integral” to West Hollywood continuing to be a leader in the arts, while also allowing residents a safe way to celebrate Pride.

“One City One Pride is a proud feather in the city of West Hollywood’s proverbial hat,” he said.

One City One Pride began on May 22 and runs through the end of June. For additional information, call (323)848-6377 or visit pride.weho.org. To view archived events, visit youtube.com/wehoarts.

On a related note, the West Hollywood Chamber of Commerce and the city will promote Pride-focused activities at businesses and organizations through “Pride Lives Here,” which runs from June 25 to 27.

One such event is the 14th Annual Pride Party on the Kimpton La Peer Hotel rooftop from 2 to 6 p.m. on June 27, when businesses are invited to decorate their storefronts like floats in a parade.

Setting up women for showbiz success