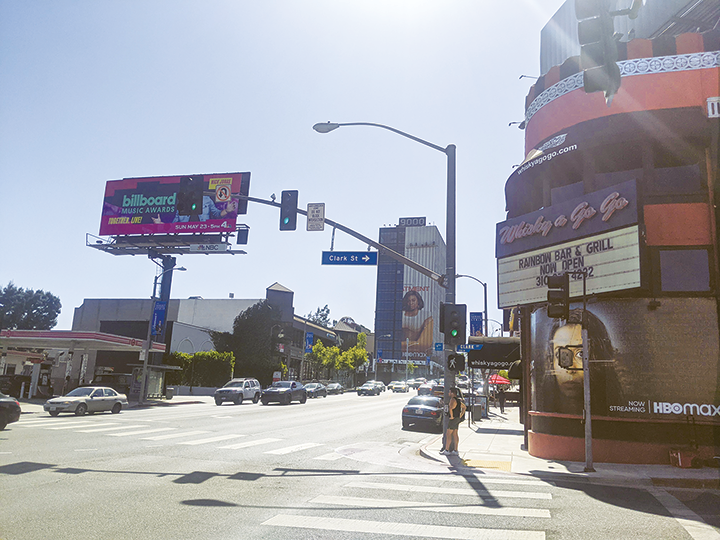 With businesses returning to normal, and West Hollywood generating money through taxes, the city is expecting to see a 30% increase in revenues this upcoming fiscal year. (photo by Justin Sayers)

The city of West Hollywood introduced its budget proposal for the upcoming fiscal year and despite the economy starting to return to normal, city officials are projecting the strain on the city’s revenue flow to continue into 2022. West Hollywood’s next fiscal year runs from July 1, 2021, through June 30, 2022.

Initial details of the proposal were released by City Manager Paul Arevalo and his staff during a meeting of the City Council’s Budget and Finance Subcommittee late last month, where city officials said they expect revenues to increase to $104 million during fiscal year 2022 – an amount that is 30% higher than projections from this current fiscal year but $6 million short of fiscal year 2020.

The increases in revenue projections are a product of improving pandemic conditions, which have allowed businesses to start reopening and people to resume traveling, resulting in more tax revenues for the city and spurring optimism that West Hollywood’s economy will recover, Arevalo said.

“The 2021 budget was disrupted obviously because of COVID. Our next year’s budget continues to struggle as we begin to reopen our economy,” he said. “I think the signs are strong that when we are safe and we are open, that our economy will recover quicker than many regional cities. We’re fortunate to have phenomenal businesses, hotels and restaurants. From a budgetary perspective, within the next 6-to-9 months, we should be doing fairly well.”

For the upcoming year, Arevalo and his staff are projecting taxes – which typically make up about 70% of the city’s income – to increase to 75% of the city’s revenues as people start traveling and patronizing businesses, as well as anticipated jumps in property taxes. City revenue sources include hotel taxes, sales taxes, property taxes and parking fees and fines.

But businesses are expected to continue to face challenges, as many owners who shuttered their doors won’t reopen, and those who do reopen still owe rents that were deferred by attempts to mitigate financial impacts of business closures, while also facing rehiring staff, getting supplies and resuming paying business licensing fees that were postponed by the city, Arevalo said.

“We have a strong and resilient business community. It has always been diverse. That will enable us to recover fairly well,” Arevalo said.

While the city took steps to mitigate the losses, including suspending capital projects, eliminating events, issuing bonds and continuing a hiring freeze, that less-than-expected amount represents a $19 million draw-down from expenditures, meaning the city will be forced to tap into its general fund reserves to cover the deficit. The general fund reserves are currently in excess of $50 million.

“We have reserves to cover that,” said Arevalo, who is retiring from his post after the completion of the budget process. “However, I won’t be here, and as a strong reminder to the leaders of the city, it is critical that over time those reserves be replenished because this isn’t the first economic challenge we’ve had and it won’t be the last.”

Despite the continued challenges, Assistant City Manager David Wilson labeled the budget as a “status quo.”

Wilson and Senior Management Analyst Christine Safriet said the jump in expenditures is mainly due to the opening of new parks and recreation facilities, including the West Hollywood Park and new aquatics and recreation center, which require $5 million, mainly for opening costs and operations costs.

They are also expecting a $700,000 increase in the city’s public safety contract with the Los Angeles County Sheriff’s Department, mainly due to adding a second mental health evaluation team and homeless services program.

Some of the expenditures and draw-downs will be covered by $6.9 million in rescue funds from the Biden administration, as well as an undetermined amount of additional funds from the Federal Emergency Management Agency.

“The federal government gets to print money, but we don’t. We have an obligation to balance our budget and we’ve done that for many years,” Arevalo said. “While it seems like we don’t have constraints, we have constraints. It’s going to be a tight year for us. We’re going to be as prudent as we can.”

This story was updated at 9:20 a.m. on May 17 to clarify projections in the budget proposal.