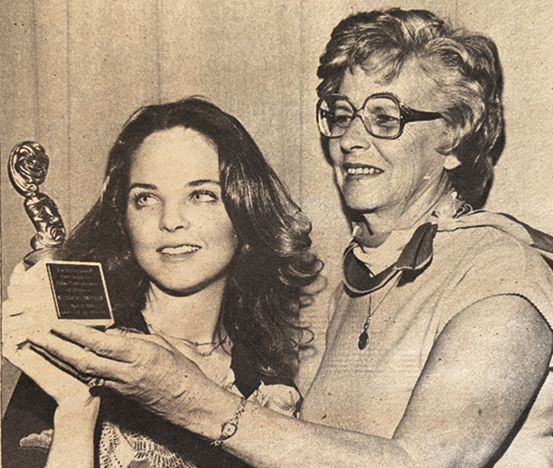 Actress Melissa Sue Anderson, left, received an award from the Braille Institute for raising awareness about sight impairment in this photograph in the May 15, 1980, issue of the Park Labrea News. Anderson portrayed Mary Ingalls, who was blind, on the television show “Little House on the Prairie,” which ran from 1974-81. She received the award from Mrs. William F. Cannon, a Park La Brea resident and longtime supporter of the Braille Institute, which is located at 741 N. Vermont Ave., in east Hollywood. The nonprofit celebrated its 100th anniversary in 2019 and continues to serve more than 37,000 people annually through free programs, classes, resources and services at outreach locations throughout Southern California. For information, visit brailleinstitute.org.