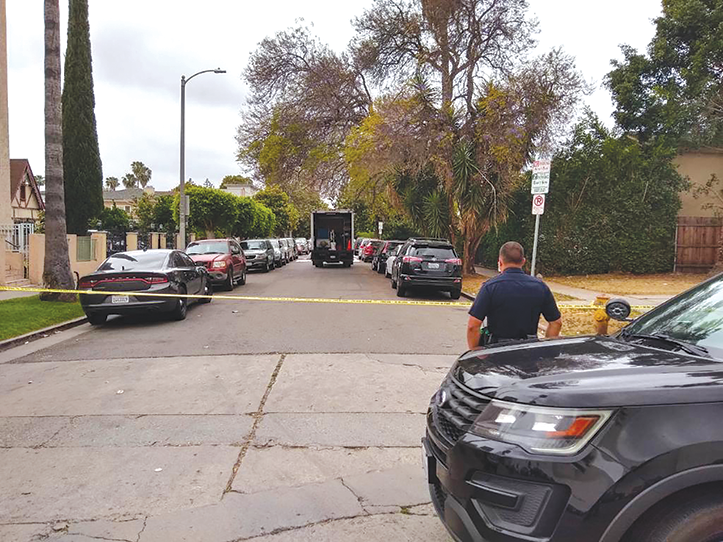 Police officers cordoned off Afton Place on Monday as investigators searched for clues in the shooting. (photo by Angelica Coburn)

Investigators have released scant details about a shooting at a Mother’s Day party in Hollywood on May 9 that left one man dead and three others injured.

The shooting occurred at approximately 10:10 p.m. near Gower Street and Afton Place, in a residential neighborhood east of Vine Street. Patrol officers heard gunshots and located a large gathering outside a house in the 6100 block of Afton Place. Guests had spilled out onto the street, and four people were suffering from gunshot wounds, police said. Paramedics responded and pronounced one man dead at the scene. Another man was hospitalized in critical condition, and two others were hospitalized in stable condition. The Los Angeles County Department of Medical Examiner-Coroner identified the deceased victim as Alfonso Leon, 29.

The case remains under investigation by the Los Angeles Police Department’s West Bureau Homicide Unit. Police are searching for two male Hispanic suspects. The suspects may have approached the party on foot and fired into the crowd, authorities said. No motive was released.