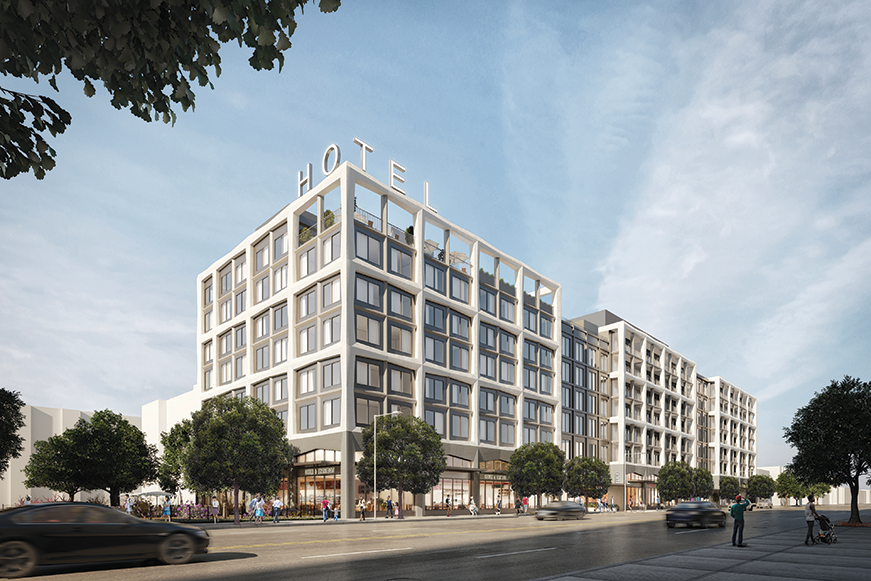 A proposed mixed-use complex near the intersection of La Brea Avenue and Wilshire Boulevard is continuing to move forward after surviving a pair of appeals to the Los Angeles Planning Commission.

The May 13 decision leaves the project, which was approved by the City Council last year, largely intact, though a settlement with one of the groups of appellants – led by the Unite Here Local 11 labor union – will result in more sustainable building practices, better traffic circulation and five more affordable housing units, bringing the total to 19 of 121 dwelling units.

Joining the residential portion of the project at 623-671 S. La Brea Ave. will be a 125-room hotel, more than 13,000 feet of commercial space and nearly 11,000 square feet of open space, which will replace a row of commercial buildings, including the former home of Diamond Foam and Fabric.

The developer of the project, CGI Strategies, did not respond to requests for comment and more information by press time.

“Located at a pivotal intersection of multiple thoroughfares as well as a future Metro station, the completed project will feature a compelling hybrid of residential and commercial space that will complement the creative and professional culture of the area,” reads the project description on the CGI Strategies website. “… Construction will take approximately 24 months plus an additional six-month stabilization period following completion of the building.” 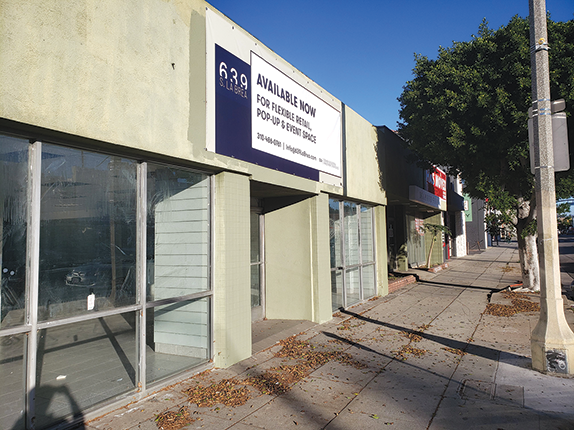 A row of commercial buildings is likely to be demolished to make way for a mixed-use project on La Brea Avenue. (photo by Cameron Kiszla)

The other appeal, which was joined by Fix the City and sought to combat the project’s use of the Transit Oriented Communities Incentive Program, was not upheld. Jim O’Sullivan, who represented Fix the City in the appeal, said this is one of multiple fronts in the group’s fight against developers and the city of Los Angeles in an effort to push back against TOC, which provides density bonuses for projects built near transit centers – in this case, the La Brea/Wilshire subway station, which is currently under construction as part of the Purple Line Extension and is expected to open in 2023.

O’Sullivan said issues remain with the project site’s neighbors, including a dispute concerning the alley behind the existing storefronts, which is used by the businesses and by neighbors of the project site to access their parking garages. The project plans to use that alley to service the project, which critics believe will bring too much traffic to the narrow space.

“I’m glad they put in more [affordable] units, et cetera et cetera, but I don’t know that they solved the issues with the neighbors,” O’Sullivan said.

“The person representing the developer said the tenants were making a big deal about the alley, and they basically said it’s a public street and everyone has a right to it,” O’Sullivan said. “It’s these kinds of things that have people outraged at government in general, but the city of Los Angeles in particular in this situation.”

O’Sullivan added that he believes a hotel will be helpful in creating a place to stay near the forthcoming Academy Museum of Motion Pictures, new LACMA building and other nearby museums, but he thinks the businesses and residents who’ve made the Miracle Mile what it is should be given more consideration.

“If the community hadn’t pulled together, and that includes these small businesses, then there would be no community that they’d want to move into and build this hotel and more housing,” he said.

Pink’s honors ‘The Great One’