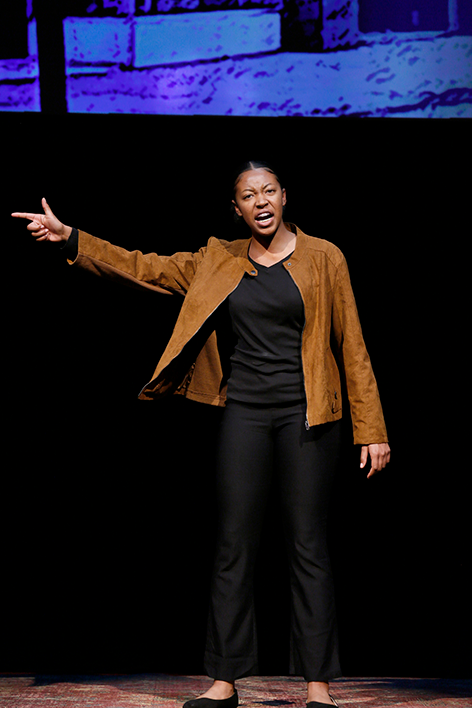 Uzo, who took second place in the 2020 regional finals, was joined in the national competition on Saturday, May 1, by the top performers of the 2021 August Wilson Monologue Competition Regional Finals, Hazel Eko and Stephen Moran. Uzo’s third-place finish earned her a $1,000 scholarship.

This is the 10th consecutive year that Center Theatre Group has hosted the Los Angeles component of the national monologue competition. The program is designed to inspire and educate Los Angeles youth using monologues from August Wilson’s “American Century Cycle,” a 10-play cycle that details the complexity of the African-American experience in the 20th century. All participants in the Los Angeles regional finals received a one-year subscription to CTG’s Digital Stage+ and $250 credit to use towards any Center Theatre Group production. Los Angeles Regional finalists are also offered scholarships to Los Angeles City College’s three-year conservatory program should they choose to attend.

The program kicked off this season with a preliminary audition that featured 113 students from 33 different high schools in Los Angeles, Orange, San Bernardino and Riverside counties. Of those students, 45 advanced to a semifinal audition held live on Zoom in December, where 11 regional finalists were selected to move forward.

Chorale’s annual gala is May 16