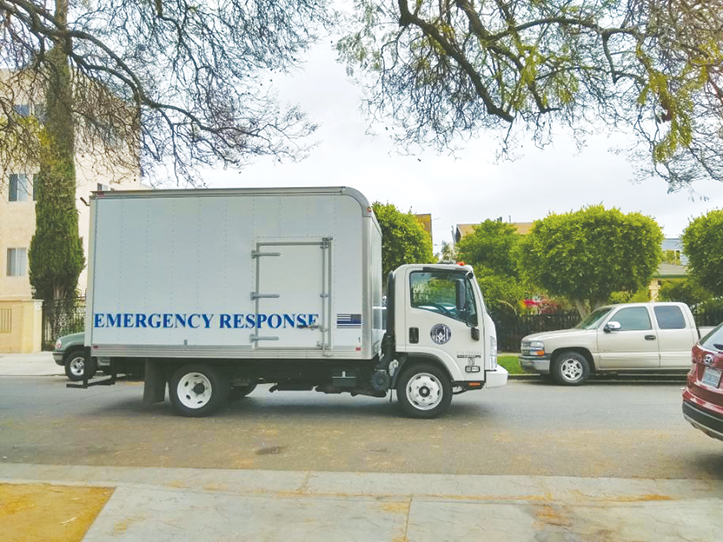 LAPD investigators spent hours at the homicide scene on Afton Place on May 9. Authorities are still hoping for information that will solve the crime. (photo by Angelica Coburn)

Police are still searching for two male suspects believed to be responsible for a shooting at a Mother’s Day party on May 9 in Hollywood that claimed one life.

The victim, identified as Alfonso Leon, 29, was pronounced dead at the scene and three other victims were hospitalized, one in critical condition. Det. Sean Kinchla, with the Los Angeles Police Department’s West Bureau Homicide Unit, said a dispute occurred prior to the shooting, but no motive has been released. He described the party as a family gathering and did not know whether Leon was a resident or visitor at the house where the shooting occurred in the 6100 block of Afton Place.

The suspects were described as two Hispanic men. They fled the area on foot. Police are seeking tips that will lead to their apprehension.

Man takes his own life after police pursuit in Hollywood