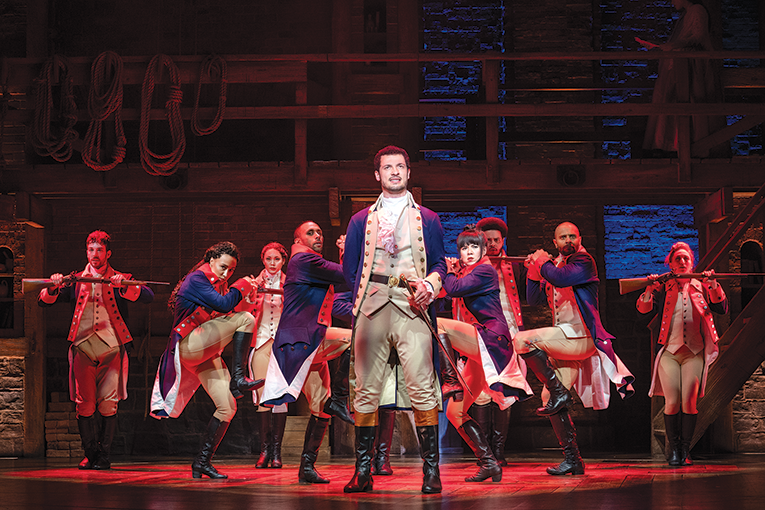 Jameal Westman appears in the national tour of “Hamilton.” (photo by Joan Marcus)

Producer Jeffrey Seller and Broadway in Hollywood have announced that “Hamilton” will begin performances on Aug. 17 at the Hollywood Pantages Theatre.

The production’s original start date was March 12, 2020, but the COVID-19 pandemic forced a postponement. Performances had previously been announced to resume in October, but will begin eight weeks earlier, the show’s producers announced.

“We are thrilled to welcome back Los Angeles audiences to ‘Hamilton,’” Seller said. “After suspending performances on the eve of our return over a year ago, we are grateful to reassemble our cast, musicians and crew back to the magnificent, and safe, Hollywood Pantages Theatre.”

To ensure the health and safety of audiences, staff, cast and crew, Broadway in Hollywood has established COVID-19 safety measures for everyone who enters the venue, including wearing masks. Vaccinations or proof of a negative COVID-19 test may also be necessary to gain entry, depending on Los Angeles County Department of Public Health guidelines at the time of a performance.

“Hamilton” is the story of America’s Founding Father Alexander Hamilton, an immigrant from the West Indies who became George Washington’s right-hand man during the Revolutionary War, and was the new nation’s first Treasury Secretary.

Featuring a score that blends hip-hop, jazz, blues, rap, R&B and Broadway tunes, “Hamilton” is the story of America then, as told by America now. The production is based on a book by Lin-Manuel Miranda and features his music and lyrics.

Tickets are on sale for all performances between Aug. 17 and Jan. 2, 2022. There is a maximum purchase limit of eight tickets per household. Ticket prices start at $55. A lottery will be held for a limited number of $10 orchestra seats for all performances.

The Hollywood Pantages Theatre is located at 6233 Hollywood Blvd. For information and tickets, call (800)982-2787, or visit broadwayinhollywood.com/hamiltonla and ticketmaster.com.