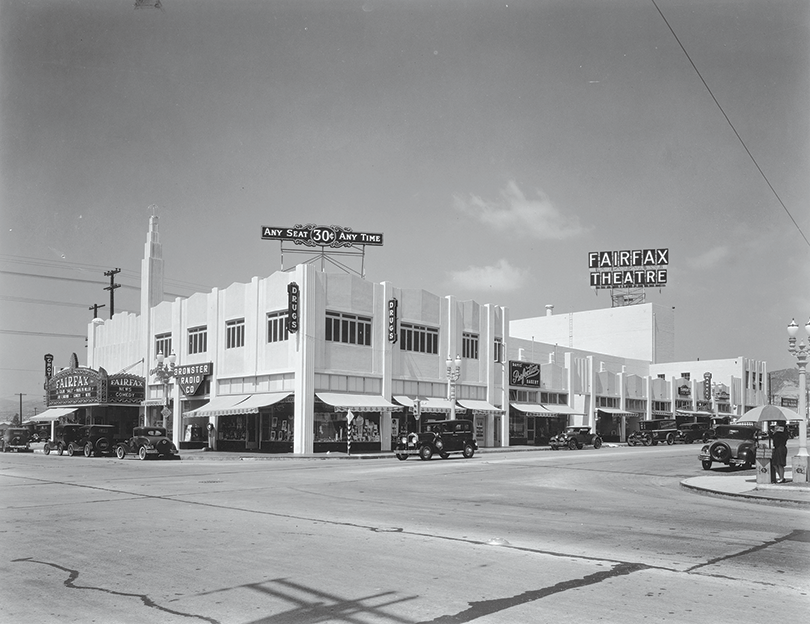 The Los Angeles Cultural Heritage Commission sided with preservationists on May 6 and voted to further consider a new application seeking historic-cultural status for the Fairfax Theatre.

The commission denied a previous request for historic status for the long-vacant theater in 2010, but agreed the new application has information that merits further examination. It will next be considered by the commission in a virtual meeting on June 3.

Steven Luftman, a member of the grassroots group Save Beverly Fairfax and board member for the Art Deco Society of Los Angeles, filed the new petition for historic monument status. He plans to continue generating support and hopes it will be enough to convince the commission.

“We are thrilled,” Luftman said. “They seem to be thinking it is very worthy given the new material.”

Luftman spent months researching the Fairfax Theatre, built in 1930 at the northwest corner of Beverly Boulevard and Fairfax Avenue, and learned that it has long been at the center of the local Jewish community. Newspaper clippings and other sources showed it was the first movie theater in the neighborhood; it predated the first synagogues in the community and served as the site of High Holy Days services, fundraisers and other special events for the Jewish community, Luftman added. 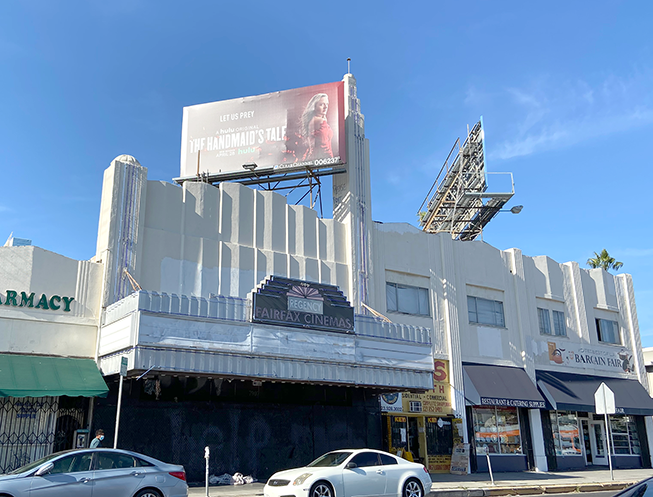 A development planned for the site of the Fairfax Theatre must preserve its Art Deco elements. (photo by Edwin Folven)

The building’s owner, B&F Associates, opposes the historic-cultural monument nomination. Attorney William F. Delvac, who represents the owner and spoke during the Cultural Heritage Commission meeting, contended that historic-cultural status should not be granted for multiple reasons. The owner already has city approval, granted in 2013, to build 71 condominiums at the site, and those approvals require that the theater’s marquee and key Art Deco features be preserved, he said. Delvac also argued that the commission already decided previously that historic status is not warranted. The building owner has not disclosed why a project has not been built at the site, although there have been approvals.

Luftman acknowledged that the building owner has the right to build the condominium project and that cannot be changed, whether or not historic-cultural status is granted. He knows the effort is mainly symbolic, but still believes historic designation is important. If approved by the commission, it puts the city on record as recognizing the theater’s significance in Los Angeles history, he added.

“The building should be recognized,” Luftman said. “It is an important part of the Fairfax District’s history. It’s important to recognize it was there, and the role it played. This building will be included in the city’s history, and that alone makes it worth it.”

The push for historic-cultural designation has gained support from the Art Deco Society of Los Angeles, the Holocaust Museum Los Angeles and the Jewish women’s organization Hadassah.

Park La Brea resident Marilyn Eisenberg said she worked at the theater in the 1950s when she was a student at Fairfax High School. She added that it deserves historic-cultural status.

“I was reading your story [in the May 6 issue] and it brought back great memories on many levels because it was such a wonderful place,” Eisenberg said. “I worked there after school. I started out as an usherette, then worked behind the candy counter and worked my way up to the ticket booth. It was a terrific place. It was a beautiful building. The manager always wore a tuxedo. It was different going to the movies back then. It was such an important part of the community.”

The Cultural Heritage Commission will next consider the information included in Luftman’s application and will vote whether to move on to the next step, which will be for a subcommittee of commission members to tour the building. After that, the commission will hold another meeting to decide whether to support historic-cultural monument designation. The matter would then move to the Los Angeles City Council, which makes the final decision on historic designation.