Echo Park Lake reopens on May 26 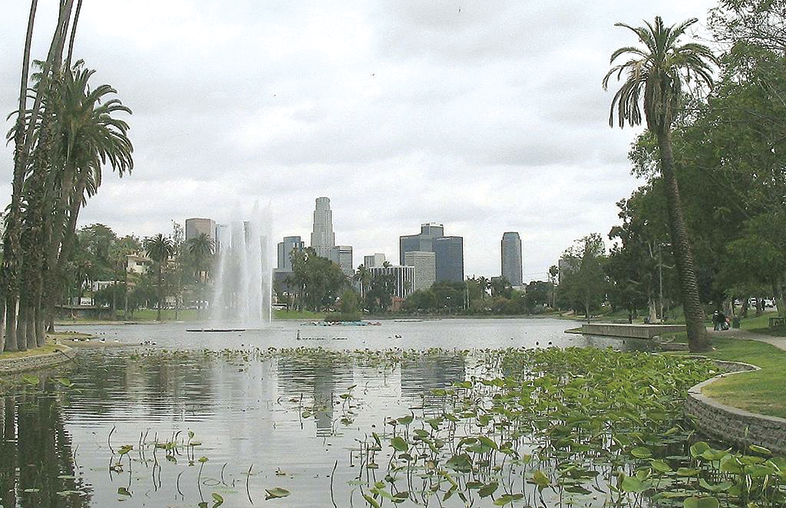 Los Angeles City Councilman Mitch O’Farrell, 13th District, has announced that Echo Park Lake will reopen to the public on Wednesday, May 26, at 3 p.m., following two months of extensive repairs.

The park was temporarily closed in late March after a three-month process to place nearly 200 individuals who were living there into transitional housing. The Los Angeles Department of Recreation and Parks had previously authorized $1.1 million in repairs at the park including upgrades to the children’s play area, public restrooms, boathouse and lake bridge. Other improvements include new hydration stations, electrical and plumbing repair, irrigation system renovations, painting and graffiti removal, and new turf, landscaping and trees. Security cameras have been installed to help ensure that Echo Park Lake remains safe and secure for all park users, O’Farrell said.

The individuals who formerly lived in the park continue to receive housing and comprehensive services including meals, medical care, case management and job placement. Those who accepted housing were also allowed to keep animal companions.

“For over a year, my team worked tirelessly to provide resources, services and ultimately transitional housing to people experiencing homelessness at Echo Park Lake,” O’Farrell said. “As time went on, conditions at the park became increasingly unsafe for everyone – park visitors and park dwellers. Echo Park Lake is a shared public space, and unhoused people were existing in inhumane conditions, which is why every single person experiencing homelessness in the park was offered transitional housing and services.”

Prior to that, safety conditions at Echo Park Lake had deteriorated, O’Farrell said. Four deaths occurred in the park in 2020, including an 18-year-old woman who died from a drug overdose at one of the encampments. A body was also recovered from the lake on New Year’s Eve.

As part of the repair project, L.A. Sanitation and Environment removed over 35 tons of solid waste and more than 723 pounds of biological waste from the park. Thirty pounds of drug paraphernalia, including hypodermic needles, were removed from Echo Park Lake, as well as three firearms and numerous knives and machetes.

“The Echo Park community is compassionate and cares deeply about helping people experiencing homelessness receive the services that lead to stability and permanent housing,” O’Farrell added. “But what transpired at Echo Park Lake should not be acceptable to any of us. It was unsafe, unhealthy, inhumane and deadly, with multiple fatalities, widespread drug usage and criminal activity, including reports of sexual assaults. Over a period of several months, outreach partners placed nearly 200 people into safe, managed transitional housing. I’m deeply grateful to them and to our city departments for completing the necessary repairs. When Echo Park Lake reopens, the city will ensure that it remains safe, clean, accessible and secure for all who wish to use this shared public space.”