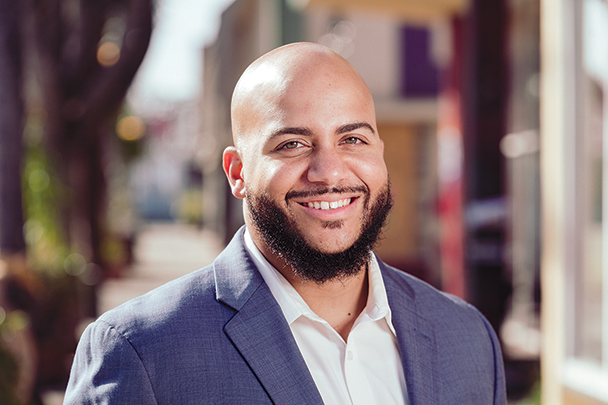 Democrat Isaac Bryan had 49.7% of the vote in the special election for the state Assembly’s 54th district. (photo courtesy of Isaac Bryan)

Democrat Isaac Bryan took a large lead in the six-candidate race to replace Democrat Sydney Kamlager in the state Assembly’s 54th District, though his totals currently sit just short of avoiding a runoff for the seat, which would take place this summer.

Preliminary results gave Bryan, a UCLA educator and community organizer, 49.7% of the vote during the special election on Tuesday, May 18, according to vote totals released by the California Secretary of State’s Office. Bryan needs a majority of the votes to avoid a run-off between the top two vote-getters that would be held on July 20.

Democrat Heather Hutt currently sits second with 24.6% of the vote, while Democrat Cheryl Turner is third with 10.5% of the vote. None of the other candidates had received more than 10% of the more than 34,000 votes that had been counted, as of Tuesday, May 18.

The candidates are running to replace Kamlager, who won a special election for the state Senate’s 30th District earlier this year to replace Holly Mitchell after Mitchell was elected to the Los Angeles County Board of Supervisors.

The 54th District includes the Mid City area of Los Angeles, as well as Culver City, Century City, Inglewood, Westwood and other parts of West Los Angeles. Democrats represent roughly 64% of the more than 300,000 registered voters in California’s 54th Assembly District, according to the most-recent registration numbers.

Bryan picked up Kamlager’s endorsement and formerly served as her senior advisor. In an interview with the Beverly Press earlier this month, he said he’s overcome obstacles throughout his life, and that his decision to run was a choice to give back and help others.

He is one of nine adopted children in a family of 15 and said he earned a master’s degree despite failing out of middle school, attending three high schools and supporting himself through college, all products of what he called broken child welfare and education systems and economic inequity.

He has experience as a co-chair of L.A. County’s successful Measure J campaign, which funded youth development, small business support, alternatives to incarcerations and other community investments. He is the founder of a think tank at UCLA dedicated to advancing racial equity. He also was appointed by Mayor Eric Garcetti to serve on the redistricting commission of L.A. Unified School District.

He said his priorities are equitable recovery from COVID-19, reimagining the criminal justice and legal systems, and social and environmental justice.

“Social and environmental justice that guarantees our basic rights – housing, clean air and water, quality, affordable health care for all – and establishes a Green New Deal to transition to 100% renewable energy before the end of this decade,” Bryan said.

Election officials still have outstanding ballots to process ahead of the certification deadline on May 27. All vote-by-mail ballots received on Election Day will be processed, and ballots postmarked by Tuesday must be returned within three days to be processed. The next ballot-count update is scheduled for Friday, May 21.