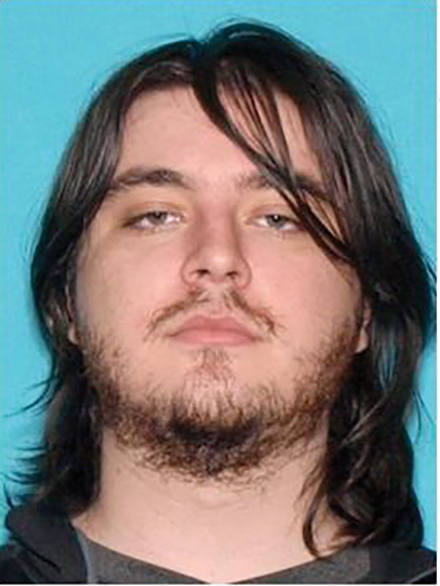 A 24-year-old Beverly Hills man was arrested on federal charges on May 21 for allegedly orchestrating a murder-for-hire plot targeting a woman he briefly dated in 2020.

The defendant, Scott Quinn Berkett, was taken into custody without incident on May 21 when federal agents searched his father’s residence in the 300 block of South El Camino Drive. A criminal complaint filed in U.S. District Court in Los Angeles charged Berkett with one count of murder for hire.

Federal authorities were notified about the alleged plot on May 7 through a tip about an individual seeking a hit man online, according to the criminal complaint. The individual had allegedly been seeking a hit man on a dark web site advertising murder-for-hire services, the complaint read. The dark web refers to websites using encrypted correspondences and messages designed to be untraceable by law enforcement, authorities said. FBI agents said the website advertising murder-for-hire services is a scam, but the individual allegedly seeking a hit man believed he was legitimately corresponding with someone who would commit a murder on his behalf, and allegedly sent $13,000 in Bitcoin payments to make arrangements, according to the criminal complaint.

The suspect had also allegedly relayed information about the female victim of the alleged murder-for-hire plot, including locations where she possibly would be, nicknames, an email address and social media information, along with a photograph of a distinctive tattoo, authorities said. FBI agents documented that the Bitcoin payments were made between April 5 and May 5, according to the complaint.

FBI agents also identified the female victim and interviewed her, which led authorities to Berkett, the complaint read. She told agents that she had met Berkett online last year on a website for fans of an anime program, and they became friends. She later flew to Los Angeles to visit him last October. The criminal complaint said the victim told authorities that Berkett was “sexually aggressive” during the trip. After she returned home and attempted to break off the relationship, he became “possessive,” the criminal complaint alleges. After several months of being harassed by Berkett, a family member interceded on the victim’s behalf, calling Berkett and asking him to leave the victim alone, the criminal complaint read. The defendant allegedly agreed, but then began searching for a hit man on the internet, authorities said.

The individual seeking a hit man allegedly used the name Ula77 in correspondence with the website, and FBI agents said they tracked that online account to Berkett. They also corroborated some of the information provided in the tip and by the potential victim through an investigation, including identifying a Mercedes-Benz vehicle belonging to the suspect’s father that Berkett allegedly used to pick the victim up at Los Angeles International Airport last October.

As part of the further investigation, a federal agent posing as the potential hit man spoke with Berkett on the phone on May 21 to make arrangements for the murder, the complaint read. The defendant allegedly reiterated his desire that the victim be murdered. The undercover agent asked Berkett to wire an additional $1,000 via Western Union, and the defendant wired the money, the criminal complaint read. Transcripts of the conversation between Berkett and the undercover agent were included in the criminal complaint. The defendant allegedly asked that the murder be committed in a way that it would appear to be an accident, and he allegedly asked for proof that the victim had been killed, including a photograph of the victim’s body showing the distinctive tattoo, the complaint read.

According to transcripts of the exchange, the undercover agent asked Berkett, “we’re looking at some kind of accident or robbery to have gone wrong, right?” Berkett allegedly responded, “yeah” and “that way it doesn’t get traced.” When asked about what proof he wanted, Berkett allegedly responded, “picture of the corpse and a picture of the tattoo … to verify … ,” the criminal complaint read.

The FBI is continuing its investigation into Berkett. If convicted, the defendant faces a maximum sentence of 10 years in federal prison. Anyone with information is urged to call the FBI in Los Angeles at (310)477-6565.