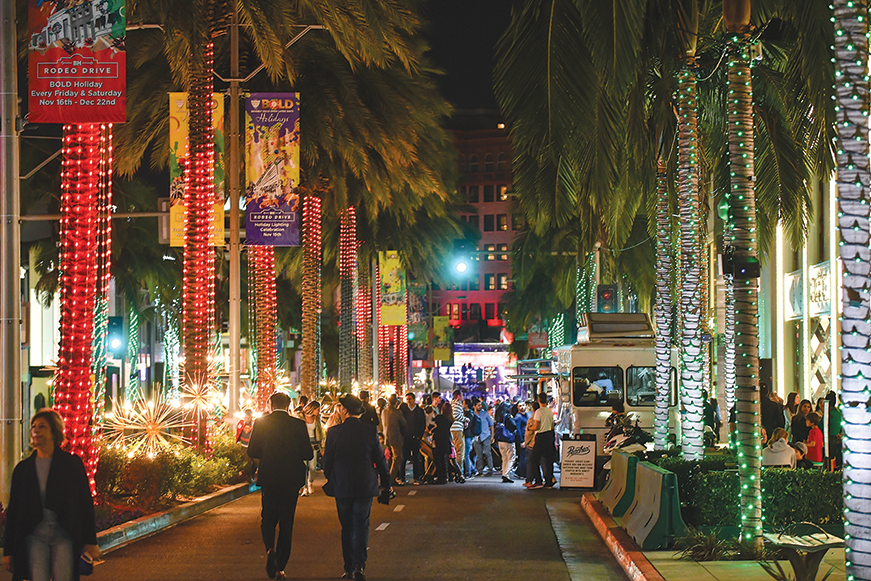 Crowds may return this year when Beverly Hills is decorated for the holiday season. (photo courtesy of the city of Beverly Hills)

Despite the pandemic and the impact public safety-related closures have had on the city’s tax base, Beverly Hills remains in relatively good financial standing, city staff and City Council members said on May 4.

“Due to the fiscal prudence of the current and prior City Councils, we are in a very fortunate position of having significant reserves,” said Jeff Muir, the city’s director of finance.

Muir and other department heads advised the City Council about the proposed capital improvement project budget for fiscal year 2021-22 on May 4, which is expected to be $61.7 million. Though that figure is less than the 2020-21 amount of $73.8 million, the previous budget included $15 million set aside for the north portal for the Wilshire/Rodeo Metro Purple Line station.

Some projects, such as the Fiber to the Premises project, will be delayed until some time in the future, but Muir said “staff feels that critical needs will continue to be met.”

The city will continue progress on the Complete Streets plan, which was approved last month, including beginning design and outreach on some projects, according to City Engineer Daren Grilley.

“Many projects and programs in the [capital improvement budget] will implement the goals and policies in the recently adopted Complete Streets plan,” Grilley said.

The capital improvement budget also allots $3.4 million for holiday decorations and lighting, which could indicate the return of in-person gatherings for BOLD Holidays.

“We anticipate with the continued good news we’re hearing on the COVID-19 front that we will also be able to hold a special event this winter,” Grilley said. “We believe these programs will be needed more than ever to restore the city’s vitality as we welcome people back to the city and support our business community.”

The council members praised city staff for their accomplishments on the year and for their work in creating a plan that allows Beverly Hills to adapt to the challenges of the pandemic.

“It’s unbelievable that we were able to accomplish as much as we did during this year of COVID … In all, I think we have a very sound plan going into the future,” Councilman Lester Friedman said.

In addition to their praise, the council members also suggested some priorities they’d like to see reflected in the city’s funds. Councilman John Mirisch expressed support for the city investing in affordable housing directly. City Manager George Chavez confirmed that the city has been using funds to purchase land that could be used for affordable housing, but Mirisch indicated that the city should do more.

“I still think we should take a reasonable amount each year and set aside for projects … I just think it’s the right thing to do,” Mirisch said. 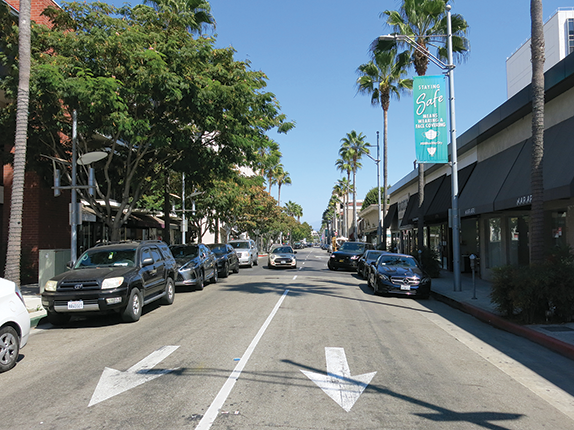 Beverly Hills invests in regular street repairs in an effort to reduce the need for larger street-repair projects in the future. (photo by Cameron Kiszla)

Mirisch also praised the decision to continue to spend money on maintenance that would save the city funds in the long run, such as applying slurry to city streets so that they would require fewer repairs in the future, especially those that would be more expensive.

“There was that old commercial, ‘You can pay me now or you can pay me later,’ and it’s one of those situations,” Mirisch said.

Councilman Julian Gold confirmed with city staff that despite the spending of funds on capital improvements, services would continue for the residents of Beverly Hills.

“I just want to be sure that in funding these capital projects, we’re not going to short our general services, that we’re going to provide services at the level that the community has come to expect,” Gold said.

Muir confirmed that was the case.

The CIP budget will be considered along with the rest of the city’s budget on June 1.