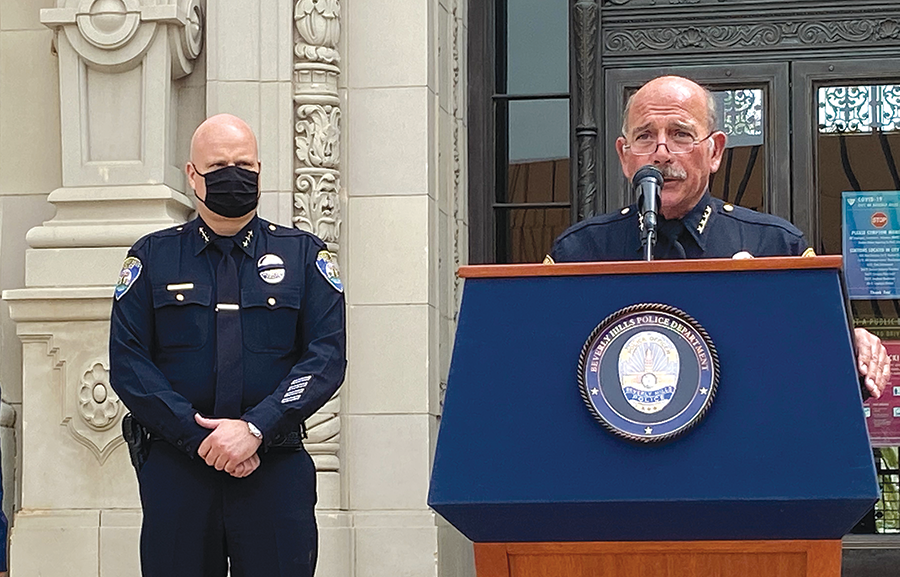 Three male suspects who police described as gang members from South Los Angeles have been arrested and charged for a March 4 robbery at the Il Pastaio restaurant in Beverly Hills.

The suspects, Malik Lamont Powell, 20; Khai McGhee, 18; and Marquise Anthony Gordon, 30, each face one federal count of conspiracy to interfere with commerce by robbery. They remain in federal custody in downtown Los Angeles and face up to 20 years in prison if convicted, police said.

The arrests were announced by the Beverly Hills Police Department and the FBI during a press conference on May 12 outside Beverly Hills City Hall. BHPD Chief Dominick Rivetti said identifying and arresting the suspects was a top priority and the department committed many resources to solving the crime. 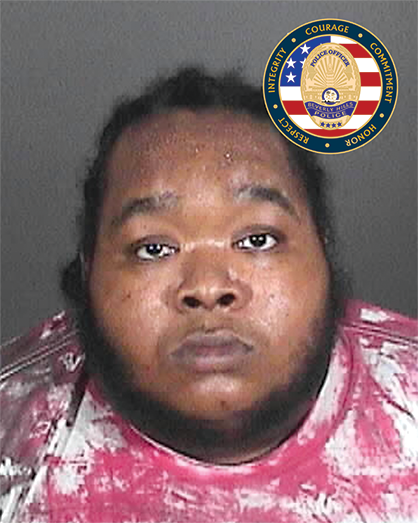 According to an affidavit filed with the federal criminal complaint, the suspects were looking for people to potentially rob on March 4 and observed a victim wearing an expensive watch sitting on the patio at Il Pastaio, located at 400 N. Canon Drive. The suspects allegedly tried to rob the man at gunpoint and a struggle ensued. One of the suspects was armed with a handgun and fired it during the struggle, striking a female patron nearby, Rivetti said. The suspects stole a rose gold Richard Mille RM 11-03 Flyback Chronograph watch, valued at $500,000, and fled, he added.

Rivetti said the watch has not been recovered. A $50,000 reward posted by the owner is still available for information that leads to its return. 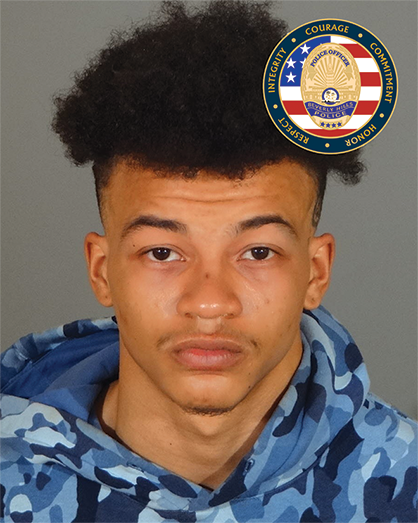 The female victim who was shot suffered a graze wound to her leg and has since recovered, police said. The handgun was allegedly dropped by the suspects during the struggle and it was recovered by officers.

Rivetti said witness statements, security camera footage, DNA evidence and thorough investigative work led to the arrests. According to the FBI and the affidavit filed with the criminal complaint, the three suspects were captured on security video scouting the area around the restaurant prior to the robbery. Powell and McGhee allegedly confronted the victim and robbed him. Gordon allegedly drove the getaway vehicle – a black BMW allegedly belonging to Powell, authorities said. 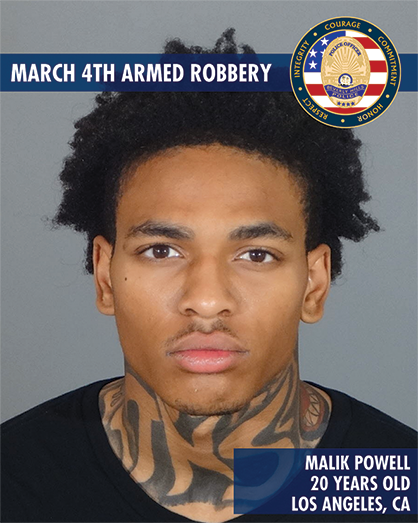 According to the affidavit filed with the criminal complaint, McGhee’s DNA was found on the victim’s clothing after the robbery. FBI agents also said Powell’s social media accounts contain photographs of him with different guns and luxury watches.

Matthew Moon, special agent in charge of the Criminal Division for the FBI’s office in Los Angeles, said federal authorities were involved in the investigation to provide more resources to the BHPD. Moon described the three suspects as members of the Rolling 30s street gang based in South Los Angeles.

“The FBI worked this case, as we have the ability to work with our law enforcement authorities and partners to link crimes in different jurisdictions and curtail criminal activity that affects a region,” Moon said. “These crimes are extremely serious. We will continue to assist our local law enforcement partners with resources and pursue federal charges where possible, especially when it comes to violence, gang activity and crimes committed outside a given jurisdiction.”

Rivetti said there are still two suspects wanted in the case but did not provide further details. He said law enforcement authorities will continue the investigation.

“This investigation is an excellent example of top notch, modern police work, tenacious investigative work combined with technology,” Rivetti said. “Beverly Hills detectives along with the FBI are continuing their investigation regarding the recovery of the watch. I want to assure our residents, business owners and visitors that Beverly Hills remains one of the safest cities in the world.”

Anyone with information about the robbery is urged to contact BHPD investigators at (310)550-4951.