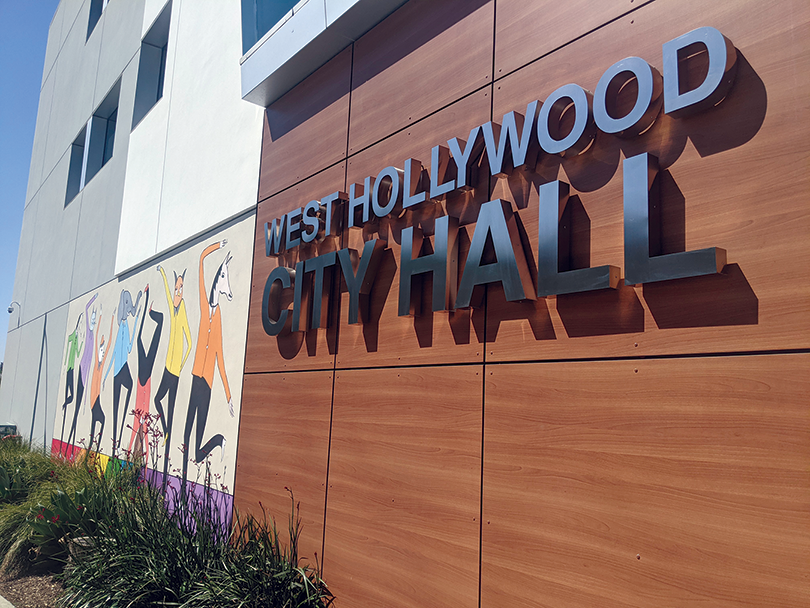 The task force includes members of the LGBT community, business owners, and Black and Indigenous representatives. (photo by Justin Sayers)

The West Hollywood City Council finalized appointments on April 5 to the city’s new nine-member social justice task force, which the council hopes will give a voice to marginalized members of the community and will address issues of systemic racism.

The task force was initially suggested by Councilwoman Sepi Shyne, who had envisioned it as an opportunity to brainstorm solutions to address issues of systemic racism and to suggest policy changes to the City Council. She made the creation of the task force a priority during her campaign for council.

Shyne said when the council members interviewed applicants before making their selections, some of the issues that arose included lack of access to housing and owning a business, as well as issues with police brutality and reimagining community safety. But ultimately, many applicants said they just didn’t feel safe and welcome.

She said she was pleased with the selections, as the board consists of members of the LGBT community, representatives who are Black, Latino and Indigenous, and people who are small business owners, residents and workers.

“Our experiences are all very different,” she said. “That’s why I wanted a good, diverse group to be part of the discourse and share their experiences, and then for them to make recommendations to the council.”

Lovano said the task forces have been established by councils over the years to address issues of particular concern or focus, and are usually set for a limited period of time. There is a possibility of the task force being implemented as a full board, should the council deem it important for the city.

Shyne called the board “revolutionary” in that it provides an opportunity for the city to hear directly from people of color, as the city has other boards and task forces for disability, lesbian, transgender and gay, senior and women’s issues. According to the 2019 West Hollywood Community Study, the percentage of community members who identify as non-Hispanic white has decreased from 78% in 2010 to 74%. Just over a quarter of the city’s population identifies as Black or African American, Asian or Pacific Islander, Hispanic/Latino, or American Indian or multiracial.

“We haven’t had a seat for them at a table,” she said. “This task force has a set direction and plan and it’s possible that if council feels in a year when they bring back recommendations, that this will be a permanent board.”

The task force is also especially important for Shyne, who is Iranian-American and married to a Black woman, as they both have faced issues of racism, she said. She has seen some people in marginalized communities leave West Hollywood over the years due to the issues they’re hoping to address.

“I think we’ve lost people in general because of economic disparities in our community in the last decade,” Shyne said. “I hope this becomes a model for other cities as well.”

Billboard a spectacular headache for neighbors