WeHo smoking ban to include all units by 2023 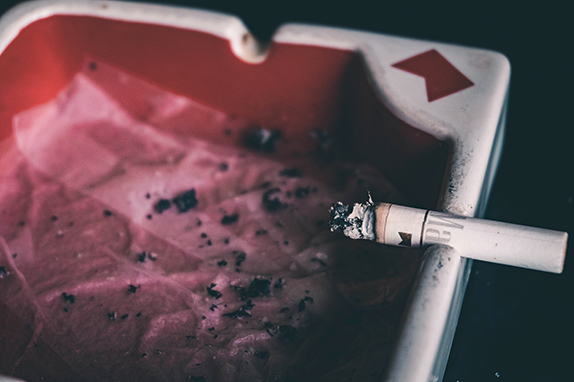 West Hollywood wants to help residents quit smoking before the city’s multifamily residences go smoke-free at the end of next year. (photo by Ron Iligan/courtesy of Unsplash)

The West Hollywood City Council plans to ban smoking in all multifamily residential units by the end of next year.

On April 5, the council approved its plans to ban smoking in all new units and tenancies and in common areas as of July 15 and in all units – including existing units – by the end of 2022.

The council members made clear that they know quitting smoking can be an arduous process, and residents found to be in violation of the ordinance will be informed about the city’s smoking cessation programs when they are contacted by the city’s Code Compliance department.

“It takes time to quit smoking, and at the end of the day, we will have a better ban and have better policy if we give our residents programs and pamphlets every time they get a warning that say ‘These are smoking cessation programs,’” Councilwoman Sepi Shyne said.

“The cessation program would go into effect this year, but the fines would not start until 2023, and it would only be after an initial warning,” Mayor Lindsey Horvath added.

The city will provide air filtration devices that will limit the impact on the smokers’ neighbors, and the revenue from the fines could help the city defray those costs.

“It seems like that might be a good use of the fine that’s levied against the smoker, to pay for some sort of air filtration,” Councilman John D’Amico said. “It might be a circle that doesn’t actually meet, but it could help defray those costs.”

While the ban on smoking in new tenancies and new units was approved unanimously, Councilwoman Lauren Meister dissented in the 4-1 vote to ban smoking in all existing units after Dec. 31, 2022. Despite language in the ordinance making clear to landlords that smokers could not be evicted on that basis, Meister said she feels “that there are loopholes here.”

“Though [landlords] can’t evict on the grounds that [tenants] are smoking, [I’m worried] that they can evict on the fact that they’re breaking the law, whether it’s because they’re not paying fines or because of the health or safety of others or whatever that is. I’m just really concerned that landlords are going to use this, they’re going to find a loophole to evict,” Meister said.

Meister also raised potential issues with existing leases, which cannot be modified without a tenant’s consent in writing. For instance, Meister wondered if tenants ask for lower rent in exchange for giving up the right to smoke, and she also wondered if there was room for misuse in the accommodations made for disabled residents who are unable to easily travel outside of their complex to smoke.

“I still think there are some things that need to be fleshed out of this,” Meister said.

“I think that this is solid,” Erickson said.

D’Amico, a proponent of banning smoking in existing units as well as new tenancies, admitted that making the ordinance too complex might result in confusion and more issues for the city.

“I think Councilmember Meister is a bit of a Cassandra this evening, in that she’s seeing the future and no one is listening,” D’Amico said.

Instead, D’Amico reiterated his support for banning smoking in all units.

“We should just choose a date and drive toward it, and I encourage us to do that,” D’Amico said.

This article was updated at 5:57 on April 12 to reflect that the fine revenue may help defray the air-filtration costs.

I would hope that is smoking of any substance, including marijuana.