Sounding the alarm in Beverly Hills 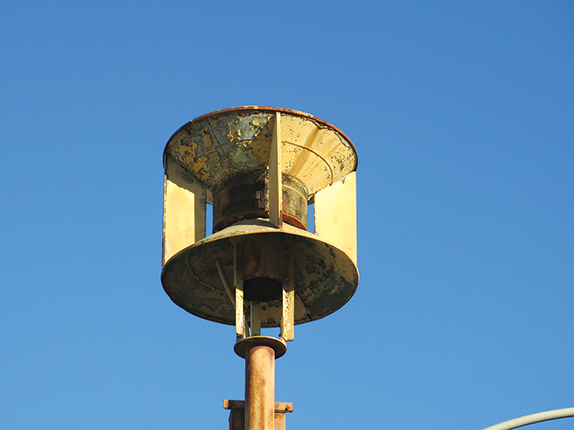 Beverly Hills is moving ahead with the creation of a siren system for use during emergencies.

The City Council on April 20 unanimously directed staff to begin the process of creating an array of sirens to alert residents to risk from wildfires, floods and other disasters.

“I want our community to be ready for anything and everything,” she said. “I think we have done a better job with communication, but this is yet another tool for us to let the community know if, God forbid, there’s an emergency.”

The process will begin with public outreach and with a mobile testing siren so that city staff and council members can measure the effects of the sirens on different parts of the city.

A community meeting on the topic will be held this summer, and a contract for the devices is expected to be awarded this fall. If all goes according to plan, construction could begin by the end of this year.

The full citywide system could take about a year to implement, according to City Engineer Daren Grilley.

Mission Critical Partners, which was contracted by the city to look into the feasibility of a siren system, proposed two configurations, a six-siren system placed above Sunset Boulevard and a 12-siren system with six more devices south of Sunset.

Because the siren system will have a “primary purpose … to alert for wildfire,” the strong Santa Ana winds must be accounted for, according to Brian Malinich, senior technology specialist for Mission Critical Partners.

The winds can push the noise from the sirens south, so the city needs to be sure that there are siren sites “at the extreme northern boundary” of the city,” he said.

“Just the northern sirens can provide coverage to the south during Santa Ana winds,” Malinich said.

When the Santa Ana winds are not present, however, the sound would not carry to the southern portions of the city, and Councilman John Mirisch expressed support for using the sirens for uses beyond fire season.

“I do not think we should only be doing a siren system for wildfires. There are so many potential dangers,” Mirisch said.

Mirisch said he supported the sirens being able to broadcast voice messages, as well as warning tones, something with which the rest of the council seemed to agree.

Malinich said even if the city does not utilize the voice capability often, it’s better to install those devices at the beginning of the process.

“It’s easier to implement [voice] now and not use it than not implement and decide later, ‘I wish we had that feature,’” Malinich said.

The council members also discussed system security, which Pat McFeely, program manager of Mission Critical Partners, said was a focus of the process.

“One of the things we looked at was that encryption would be used for the system, so that you can’t have bad actors taking over the system and setting your siren system off when it should not be set off,” McFeely said.

With their concerns assuaged, the council members said they wanted to move speedily to get the siren system up and running.

“As far as I’m concerned, I wish we had this in place yesterday. For me, I’d like to fast-track this as quickly as possible,” Bosse said.

Beutner to step down as superintendent