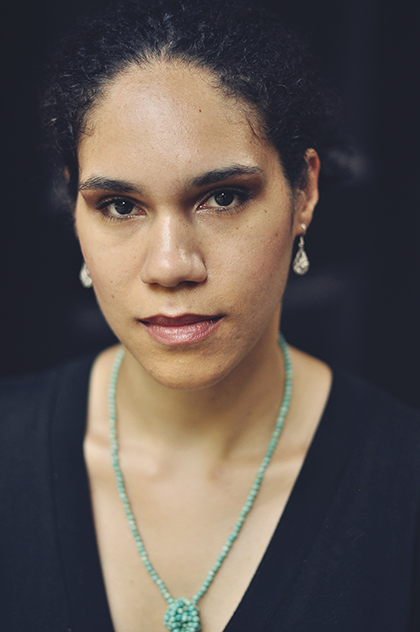 They will premiere on Fridays, April 24 and May 7, at 6:30 p.m. The new episodes, “Sonic Shift” and “Beyond the Horizon” are available to the public at no cost and can be streamed on demand following its premiere at laco.org/close-quarters, LACO’s YouTube and Facebook live channels. Digital pre-broadcast discussions begin at 5:30 p.m. on Zoom.

The broadcasts feature the creative and collaborative interweaving of classical music with elements of social justice, language and improvisation, spotlighting the music of Montgomery, as well as contemporary composers Alvin Singleton, Mazz Swift, Alyssa Weinberg, Marcos Balter and Anna Meredith.

Montgomery, whose works have been described as “turbulent, wildly colorful and exploding with life” by The Washington Post, is also an acclaimed violinist and educator. She is the recipient of the Leonard Bernstein Award from the ASCAP Foundation, and her works are performed frequently around the world by leading musicians and ensembles. Montgomery’s music, infused with elements of vernacular music and social justice, places her squarely as one of the foremost interpreters of the 21st century American sound and experience.

“The program ‘Sonic Shift’ is inspired by the synthesis between deep rhythmic pulse and electro-acoustic alchemy,” Montgomery said. It begins with Weinberg’s “Still Life,” which bends the line between modernism and groove and also blends the clarinet and strings to create surprising and fresh colors. Balter’s “Bladed Stance” breaks the acoustic barrier, merging the instruments in waves of color that suggest an electro-acoustic palette. The final two works by Meredith, “Two Movements for Trumpet and String quartet” and “Tuggemo” pick up the colors of the Balter “to finish the program with an epic electronica groove-scape between the string quartet and composed electronics,” Montgomery said. She collaborates with charcoal and watercolor artist Kim to create original animations, which will enhance the visual presence of LACO’s musicians. The drawings will come alive in conjunction with the musical works, further highlighting and complementing the musicians’ artistry.

“Beyond the Horizon,” the second episode musically curated by Montgomery, features three works she describes as “driven by improvisational elements, where each performer has a voice that is in spontaneous communication with the composer and the listener.” They include Singleton’s “Be Natural,” Swift’s “The End of All That Is Holy, The Beginning of All That is Good,” and Montgomery’s own “Break Away,” encompassing a wide range of the American concert music tradition from the lens of Black composers, including influences of jazz harmonies and rhythm, extensions of European modernism with graphic notation and the idea that the interplay between the player and the listener is dynamic and reflects agency and purpose. Montgomery is working closely with Leonard, in her directorial debut, and production designers Yee Eun Nam and Yuki Izumihara to craft an original work of video art incorporating the composer’s eclectic program with cinematic footage of the orchestra.

Subsequent Close Quarters episodes premiere on Fridays, May 21, and June 4, at 6:30 p.m.