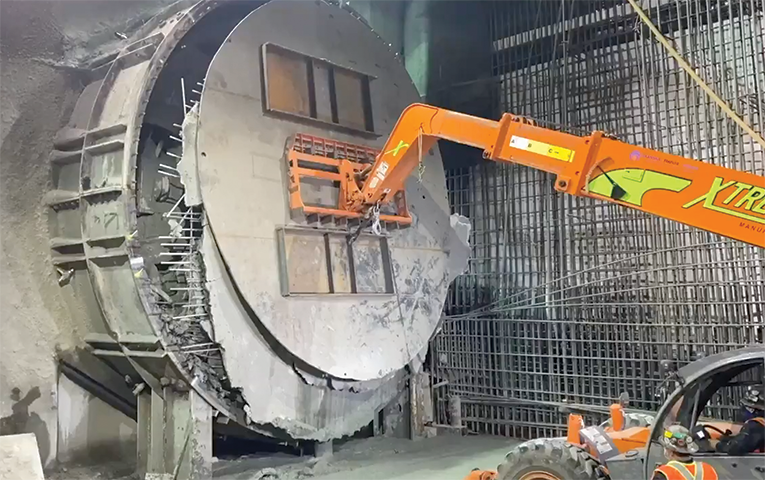 Metro announced in March that tunneling for the first four-mile section of the project is now more than two-thirds complete. More than 90% of the tunnels have been excavated and Metro anticipates completing tunnelling on the first section this summer. Excavation for all three subway station boxes – Wilshire/La Brea, Wilshire/Fairfax and Wilshire/La Cienega – has also been completed.

The names Elsie and Soyeon were chosen by Fairfax High Student Marianne Gutierrez, who won a naming contest in 2018. The word soyeon means bright and beautiful in Korean and was chosen in honor of Yi Soyeon, a female astronaut and mechanical engineer. Gutierrez chose Elsie in tribute to female engineer Elsie Eavers, the first woman to be elected as a member of the American Society of Civil Engineers.

Near the Wilshire/La Brea station, Wilshire Boulevard will be reduced to two lanes in each direction between Detroit and June streets through September. Hauling and deliveries to and from both La Brea Avenue yards will continue.

Near Wilshire/Western, Support for underground construction also continues. Intermittent single-lane closures may be necessary on Wilshire Boulevard between Western Avenue and Manhattan Place.