Police search for van driver who struck teen and fled 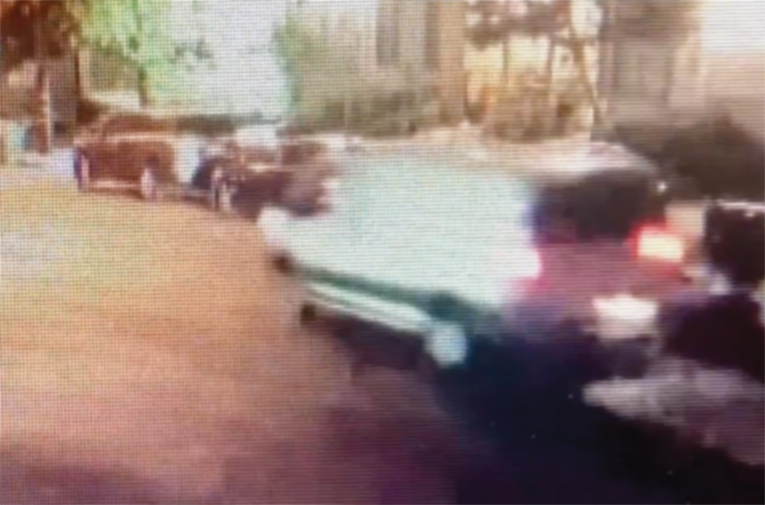 A security camera captured video footage of a van that allegedly struck and injured a teen pedestrian on April 21 and fled the scene. (photo courtesy of the LAPD)

A 15-year-old boy was severely injured on April 21 after being struck by a van at the intersection of Prospect Avenue and Talmadge Street in the Los Feliz District, police said.

The boy sustained a broken pelvis and two broken legs, among other injuries, and is still recovering, said Det. Calvin Dehesa, with the Los Angeles Police Department’s Central Traffic Division. He remains hospitalized in stable condition. Police hope someone witnessed the collision or has information that will lead to the driver.

“[The victim] got hit pretty bad,” Dehesa said. “He’s in good spirits, but he has a long road to recovery.”

The collision occurred at approximately 11:25 p.m. The van was traveling eastbound on Prospect Avenue when it allegedly ran a stop sign and struck the teen as he was crossing the street, Dehesa said. Residents in the neighborhood heard the collision and called 911, he added. Paramedics arrived and took the victim to a hospital.

“The kid was exercising and was just crossing the street. He was in an intersection with a four-way stop,” Dehesa said. “It looks like the van ran a stop sign. We have video of [the van]. Hopefully somebody does the right thing and comes forward and says something.”

Dehesa described the vehicle as a white, newer model full-size cargo van with rear windows. The van also had a dark horizontal molding running along the sides just above the tires. the license plate cannot be seen in the video. The vehicle also likely has front-end damage, Dehesa said.

A $25,000 reward is available for information leading to the arrest and conviction of drivers in injury and fatality hit-and-run cases in Los Angeles. Anyone with information is urged to call detectives at (213)833-3713, or email at 32010@lapd.online.  During weekends and off-hours, call (877)LAPD247.