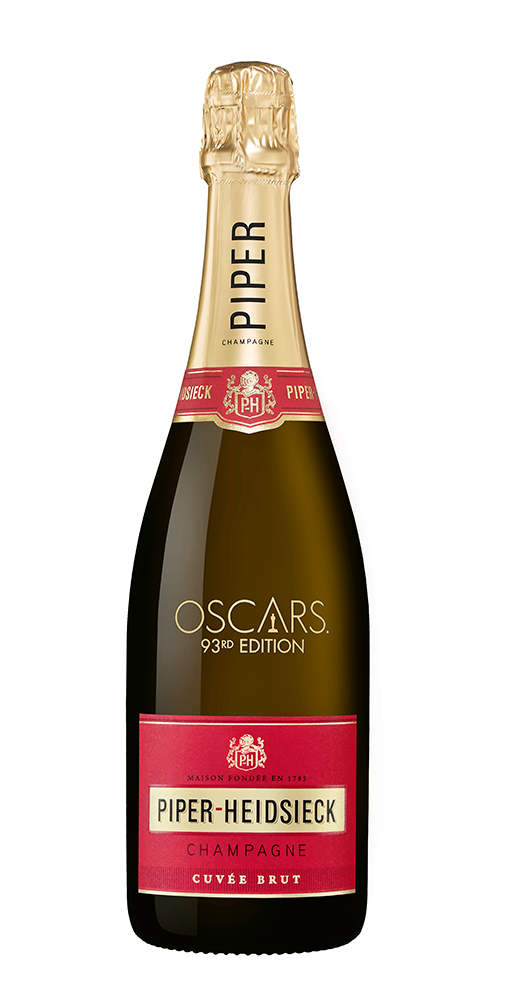 Piper-Heidsieck, a Champagne producer known worldwide for its distinctive red label and reputation for being a multi-award winner, has announced its return as the official champagne partner of the 93rd Academy Awards on Sunday, April 25. It marks the seventh year of a partnership between Piper-Heidsieck and the Academy of Motion Picture Arts and Sciences.

“Although Hollywood’s biggest night may look different this year, one thing remains the same,” said Benoit Collard, general manager for Piper-Heidsieck. “This awards season, Piper-Heidsieck is celebrating with a limited-edition, illuminated magnum custom-made for the Oscars. Featuring the signature Cuvée Brut, this year’s bottle will ‘light up’ at-home celebrations.”

Steeped in history, Piper-Heidsieck has supported cinema since 1933, when a bottle of its Champagne appeared in “Sons of the Desert,” the debut film featuring Laurel and Hardy. In 1964, Piper-Heidsieck celebrated Rex Harrison’s Oscar for his role in “My Fair Lady” with a tailor-made, 48-liter bottle as tall as the 5 foot 10 inch actor. Piper-Heidsieck continues to support the enrichment and preservation of film heritage through the French Cinémathèque, and has been the official champagne of the International Cannes Film Festival for more than two decades.

Viewers can light up their Oscars night by purchasing one of the limited edition Piper-Heidsieck Champagne bottles. For information, visit piper-heidsieck.com.