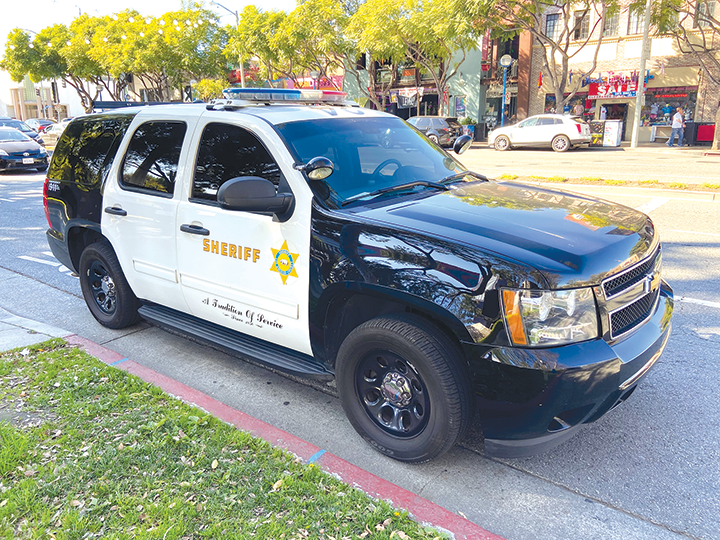 The last half of 2020 brought large shifts in crime in West Hollywood, including drops in serious crimes like murder and vehicle burglaries, but increases in business burglaries as shops were left shuttered due to county-imposed closures spurned by the pandemic.

Those statistics were released during the April 5 West Hollywood City Council meeting as part of an update on the city’s public safety efforts, which also included discussion about efforts to prioritize justice and equity in policing moving forward.

“Each year has its defining moments but how could anyone have predicted this past year,” said Capt. Ed Ramirez, of the Los Angeles County Sheriff’s Department’s West Hollywood Station. “From the continuing global pandemic to West Hollywood being engulfed in protests to waves of political change to calls for reform and defunding police, West Hollywood station personnel stood resolute. The community, local leaders and the West Hollywood Sheriff Station were able to withstand together as one united front.”

Meanwhile, reported rapes increased by 31%. Ramirez said that the majority of the alleged rapes occurred prior to last year, but their crime data reporting counts them as when they are reported.

The other burglaries category consists mostly of commercial burglaries, which Ramirez pinned on the pandemic, which has left storefronts closed and unoccupied, and increased their exposure time to break-ins.

He said they took steps to combat that increase, including increasing engagement with businesses to provide strategies to protect the business, posting burglary tips on social media, conducting high visibility patrol during peak crime hours and ensuring patrol deputies were aware of trends and possible suspects.

“Often without employees checking on the store, it left the business vulnerable,” he said.

Other recent public safety updates include the implementation of body cameras, as all deputies have completed training and began wearing the cameras in October. Ramirez also noted they have issued 156 citations regarding face mask compliance as of March 1. The department is getting ready to launch an equity study regarding the sheriff’s department use of force and arrest data, he said.

“The primary area of the study will include use of force, vehicle stops and pedestrian stops,” Ramirez said. “We expect the study to begin later this year. The study will provide a snapshot of how we are doing and pinpoint things we can do better.”

Council members asked public safety personnel about efforts to curb issues related to homelessness, saying they receive a number of emails and calls from concerned residents, claiming they have seen an uptick in the number of homeless people, and crimes they’re committing.

“It also seems like we’re getting violent crimes having to do with homeless,” Lauren Meister said. “While I understand we’re going through a terrible time in terms of rents and people being able to pay their rent, I think these crimes are among homeless who are transients, are substance abusers, have mental issues. I don’t think these are the people who just got evicted from their apartment on Fountain.”

She called for more tools to get people off the streets, suggesting to potentially shift the hours of the city’s outreach teams.

“These are people who are in the streets who need mental health care. We’re not able to provide it because, I don’t know why,” she said.

Ramirez said that it’s something deputies are continuing to monitor, but that the problem exists throughout the state. He said they have arrested some unhoused individuals for quality of life crimes, but also that they work with partners to try to connect them to services.

“This is probably the hardest thing I’ve ever had to tackle in my 35-plus years of law enforcement,” Ramirez said, adding that half the members of the public want them left alone, while the other half want them moved somewhere else. “We have to come up with an answer and we continue to offer services. Unfortunately a lot of our homeless [citizens] do not accept services.”

Applications for rental assistance program due by April 30