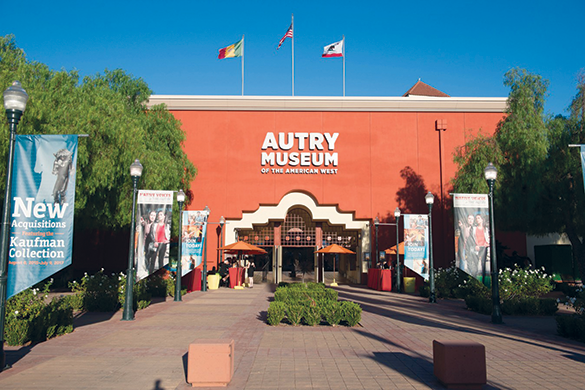 The first episode of “The New Adventures of Super Indian” premiered Wednesday, April 14, at 4 p.m. (photo courtesy of The Autry)

The only Equity theater company dedicated exclusively to developing and producing new work by Native American artists, Native Voices presents “The New Adventures of Super Indian” by Arigon Starr (Kickapoo Tribe of Oklahoma). The production marks the first time ever that Native Voices has premiered a play via audio episodes.

“The New Adventures of Super Indian,” based on Starr’s popular graphic novels, “Super Indian,” unfolds over three audio episodes that tell the comic exploits of Super Indian and the residents of the fictional Leaning Oak Tribe Reservation. Hubert Logan, an ordinary reservation boy-turned-superhero faces off against three of his biggest foes: Wampum Baggs, the ringleader of the Circle of Evil; Blud Kwan’Tum, a cursed vampire determined to become a full-blooded Indian by any means necessary; and Karlie Keane, a scheming social media diva.

“When most people hear the words ‘Native American,’ humor is not usually the first trait that springs to mind. However, we are humorous people! There is a direct correlation between humor and resilience, and if ever we needed both, now is the time,” said DeLanna Studi (Cherokee), artistic director of Native Voices. “Superheroes exemplify our better natures and challenge us to be our best selves. As a little girl in Cherokee Nation, I longed for a Native superhero, someone who looked like me. I could never find any. Now, Arigon Starr has given us one. As someone who grew up in a similar community as that of our hero, I am overwhelmed with emotion when I think of all the Native youth who will grow up with Super Indian.”

Episodes of “The New Adventures of Super Indian” are available exclusively online for free. The first episode premiered Wednesday, April 14, at 4 p.m. New episodes will be released Wednesdays, April 21 and 28, 2021, at 4 p.m.

To register and for information, visit TheAutry.org/NativeVoices.