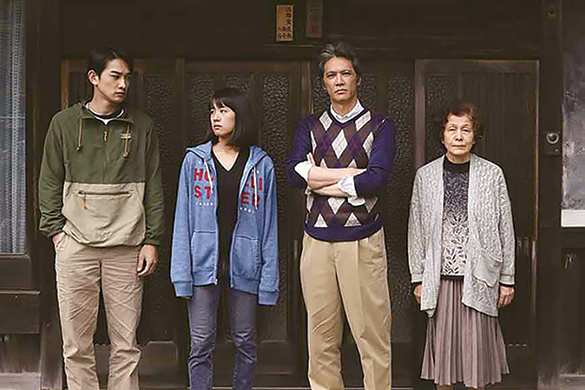 “The Nikaido’s Fall” was directed by Ida Panahandeh, who won an award for promising new directors at the 68th Cannes Film Festival. (photo courtesy of JFLA)

Japan Foundation Los Angeles announced that it will be screening “The Nikaidos’ Fall,” directed by Ida Panahandeh, through Thursday, April 29, at 7 p.m.

The 105-minute film, which is in Japanese with English subtitles, is the latest from the Nara International Film Festival’s “NARAtive” film production project. It came out in 2019 and was directed by Panahandeh, who won a special prize for promising new directors in the Un Certain Regard section at the 68th Cannes Film Festival. Naomi Kawase serves as executive producer. It will only be accessible during the screening period, which opened on Wednesday, April 28.

The film tells the story of Tatsuya (Masaya Kato), who after losing his son, is anguished by the danger of his ancient family line coming to an end. His mother Haru (Kazuko Shirakawa) urges him to embark on a loveless second marriage, and meanwhile he secretly hopes that his daughter Yoshiko (Shizuka Ishibashi) will marry a husband willing to adopt the Nikaido name and follow in his footsteps.

For information and to watch, visit jflalc.org/ac-japanema-042821.