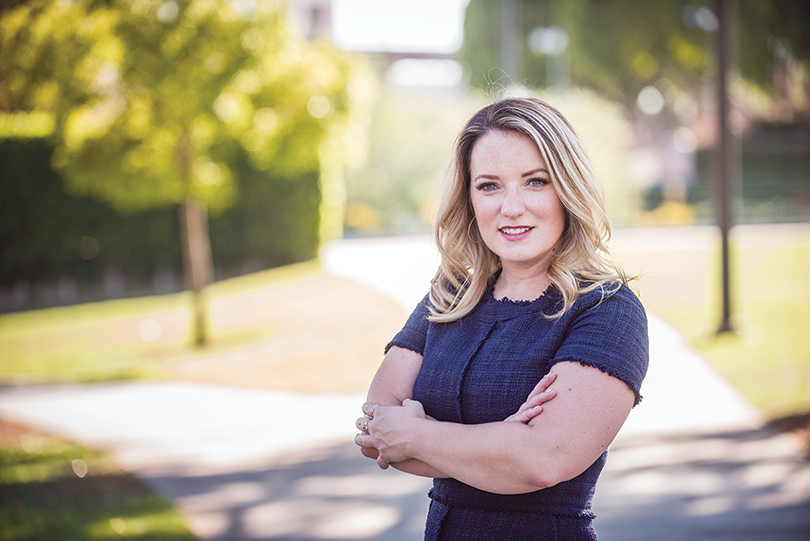 West Hollywood Mayor Lindsey Horvath announced that she is running for the Los Angeles County Board of Supervisors in 2022. (photo courtesy of Lindsey Horvath)

West Hollywood Mayor Lindsey Horvath announced that she is running for Los Angeles County Board of Supervisors in 2022, seeking the seat of two-term incumbent Sheila Kuehl, who is retiring instead of running for a third term.

Horvath, who first served on the West Hollywood Council from 2009-2011 and again since 2015, said she’s hoping to bring a more diverse voice as a progressive and millennial to the 3rd district, which stretches from the ocean to Los Feliz, and Venice to the San Fernando Valley, and includes West Hollywood,  Beverly Hills, North Hollywood and Santa Monica.

“It’s unusual for somebody who is early in their career to think about this kind of seat,” Horvath said. “More often, this is the place where people have gone to retire. I think having somebody who is eager to do the work, and is thinking about years ahead and not thinking about this is the last bit of work that I’ll be doing in my career, I think changes a bit of perspective on what needs to be done, and I think brings a different energy and different flexibility.”

Horvath said that she did not necessarily have specific aspirations to run for the supervisors seat, but that she opted to after members of the community came to her. She said the feedback she’s received has been overwhelmingly positive.

“I was flattered by the inquiry, and I very much believe in civic leadership. When people ask you to serve, you have a responsibility to take a look to see if it’s a right fit for what you want to do,” she said. “I’ve heard so many rumors about what I was up to. For me, I want to go where I’m going to be of most use for people – where people want to see me do the work that they know I can do. That’s why the supervisor race is the right race at the right time.”

Horvath officially joins Assemblyman Richard Bloom (D-Santa Monica), among others, to replace Kuehl, whose term ends in December 2022. Bloom, the former mayor of Santa Monica and a longtime member of the state Assembly, announced his candidacy in January, shortly after Kuehl’s announcement about not running again.

While Bloom has picked up a handful of endorsements from fellow state legislators, Horvath’s announcement came with an endorsement from Kuehl, who said “there is no other leader in Los Angeles County like her.”

“I have followed Lindsey’s work and have seen the impacts of her leadership, not only in West Hollywood, but also countywide,” Kuehl said. “Her tenacity and commitment to getting things done for the residents of Los Angeles County show that she is uniquely qualified for the job of supervisor. From helping unhoused residents get the critical services they so desperately need, to creating a sustainable and just future, to leading her city’s recovery efforts for working families – Lindsey has been a leader who takes action for her constituents.”

Horvath, who works professionally as an entertainment advertising executive, said she is “humbled and gratified” by the endorsement from Kuehl, and that she’ll “work hard to prove her right.”

“There is absolutely no one like Sheila Kuehl. She is incomparable in her accomplishments and the legacy that leaves. She leaves quite big shoes to fill. I just want to build on her great record while bringing my perspective,” Horvath said.

Horvath said she’s hoping that some of her accomplishments can serve as a blueprint for the wider region. That includes her work advocating for the homeless, LGBTQ and senior population in West Hollywood, volunteering with groups like Project Angel Food and serving on the board of Victory Fund. It also includes citywide accomplishments like weathering COVID-19’s impact on the business community, making the city more walkable and bikeable, and creating an aging-in-place plan for the older residents.

“I think we’ve been able to take care of our residents and weather one of the greatest crises we’ve seen in recent history,” she said. “We are supporting our business community while also taking a stand for people who want to return to work and hopefully accommodating them. … We have a lot to be proud of in West Hollywood. We’ve worked very hard to support our residents and protect people’s quality of life. I think what we’ve done in West Hollywood can be a model for the broader region on a variety of issues.”

Horvath, who will remain in her role as mayor while she’s campaigning and said she will recuse herself from any discussion that potentially serves as a conflict of interest, said that her biggest remaining goal in West Hollywood is to continue to advocate bringing the Metro Crenshaw Northern Extension to the city. She said that’s something she would continue to push for as a supervisor.

She admitted that campaigning will look different for the time being, due to the ongoing pandemic that limits in-person contact with other people. But she’s excited to meet with new constituents to talk about what’s important to them and their communities.

She ultimately said she’s hoping to bring more accountability to the county, as more people have taken an interest in the county during the pandemic, due to county-mandated health orders and other legislation.

“I just really want to get to work. I’m eager to meet with everyone, talk with everyone about the issues that are most important to them,” she said. “I think there’s so much that the county is responsible for. And I think, quite frankly, most people don’t even know half of what the county actually does to impact their lives. I want to change that.”