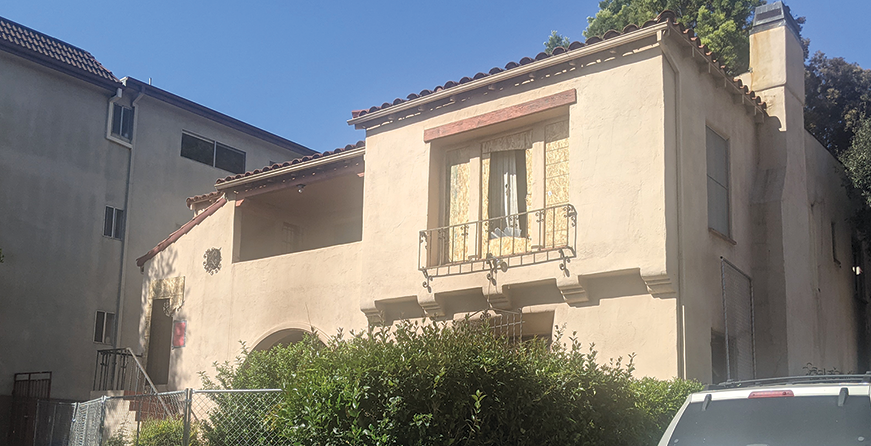 Los Angeles Fire Department personnel extinguished a blaze in just over a half hour on March 30 in a duplex on Le Doux Road, just southwest of the Beverly Hills border. The LAFD received a call about smoke and flames at 9:06 a.m. and arrived at the scene minutes later. Flames were emanating from a first-floor unit in the two-story building, LAFD spokesman Nicholas Prange said. Firefighters entered to battle flames in the interior while simultaneously cutting a hole in the roof for ventilation. The fire was extinguished at 9:39 a.m., but firefighters continued to find areas smoldering inside walls and the attic, and remained at the scene for an extensive search and overhaul, Prange added. He said the duplex was built in 1931. The structure was vacant and no injuries were reported. The cause remains under investigation.