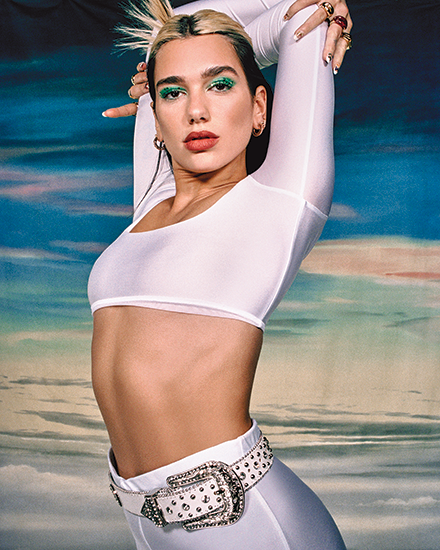 For the first time, foundation supporters worldwide are invited to attend the famed Oscar party by joining a 60-minute pre-show special produced by Fulwell 73 at Rosewood London. Tickets are currently on sale via Ticketmaster.

“This year, we are bringing our Oscar Party into people’s homes for the first time virtually for an unforgettable evening with David (Furnish), myself, our dear friend Neil Patrick Harris and the incredible Dua Lipa, plus many fabulous surprise names,” said John, the founder of the Elton John AIDS Foundation. “Now more than ever, we need to ensure that one pandemic does not override another, and we cannot forget the 38 million people living with HIV globally who need our care, love and support. So we hope everyone joins us for this special one of a kind Oscar pre-party.”

Since the event’s inception in 1992, the Academy Awards Viewing Party has supported the Elton John AIDS Foundation’s efforts to raise millions for their life saving work. With its presence across four continents, the foundation is committed to overcome the stigma, discrimination and neglect prevents ending AIDS.

UNAIDS estimates that there will be an extra half-million deaths from AIDS this year alone in sub-Saharan Africa due to service disruptions as a result of the COVID-19 pandemic. This year, the foundation will raise money for young people at risk and living with HIV all over the world and will work to ensure that services are accessible on the platforms that are best suited to young people.

To bring the event globally, the pre-party special will be hosted four times across regions to meet the different time zones of a region’s broadcast of the Oscars, including at 4 p.m. on April 25 in the U.S., with an optional repeat at 7 p.m. on April 26. Each special per region is possible to host up to 100,000 attendees, or up to 400,000 supporters.

Fans can purchase tickets for $19.99 on Ticketmaster at shops.tickemasterpartners.com/elton-john-aids-foundation.