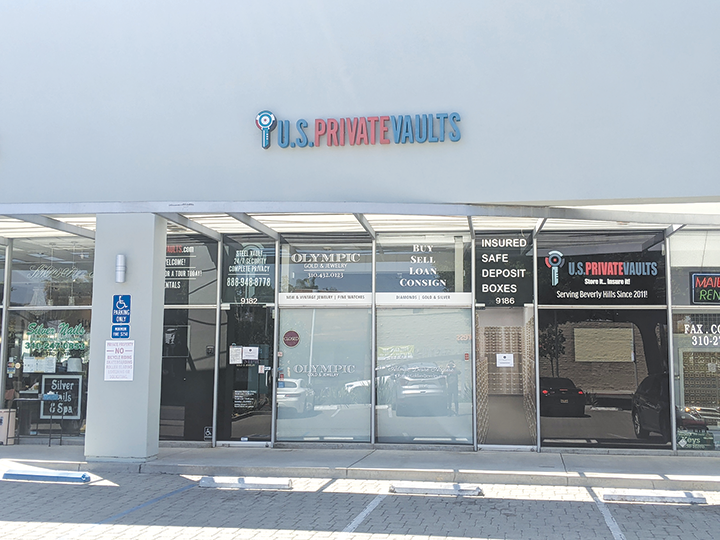 The indictment names U.S. Private Vaults Inc., which is based in Nevada, but does not name its owner or any employees. It lists three counts alleging the company allowed customers to store controlled substances such as oxycontin, fentanyl and other drugs in safe deposit boxes; that it conspired to offer safe deposit boxes for the purpose of hiding currency, gold and other valuables from the government; and that at least one employee was involved with arranging sales of cocaine, marijuana and hash oil at the site.

Agents from the Federal Bureau of Investigation and the Drug Enforcement Administration served a search warrant at the business on March 22 and seized drugs, firearms and large amounts of gold bullion and cash, including “stacks of $100 bills,” among other valuables, from the safe deposit boxes.

“The largest boxes typically contained over $1 million in cash each. Drug-detecting dogs alerted [law enforcement officers] to most of the stashes of cash, but not all,” read an affidavit in support of the indictment, which further explained that dogs helped agents locate some of the money and the agents found other currency on their own during the search.

Federal authorities are holding the evidence seized at U.S. Private Vaults and have begun forfeiture proceedings in court. It is unclear whether criminal charges will be filed against the owners or employees, or those who rented the vaults. The investigation remains ongoing and no new information was released by federal authorities as of April 7.

U.S. Private Vaults advertised that it offered safe deposit boxes that are more secure than those in banks. On its website, the company said its main vault was designed to withstand natural disasters. Access to the safe deposit boxes required biometric identification using technology that scans a user’s hand. The business was closed after the search warrant was served.