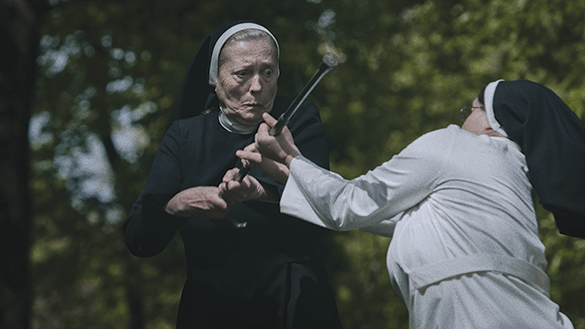 Ivana Marinić Kragić’s “Nun of Your Business” is one of seven films making their North American premiere during the 2021 South East European Film Festival. (photo courtesy of SEEfest)

The 2021 South East European Film Festival, co-presented by ELMA foundation for European Languages and Movies in America, announced the lineup of official selections for the 16th annual edition of the festival, which started on April 28 and runs through May 5.

The festival presents cinematic and cultural diversity of 18 countries of the Balkans and Caucasus to American audiences, and provides a platform in the U.S. for the discovery of new talent from South East Europe.

For the full schedule, to buy passes or tickets, or for other information, visit seefilmla.org.