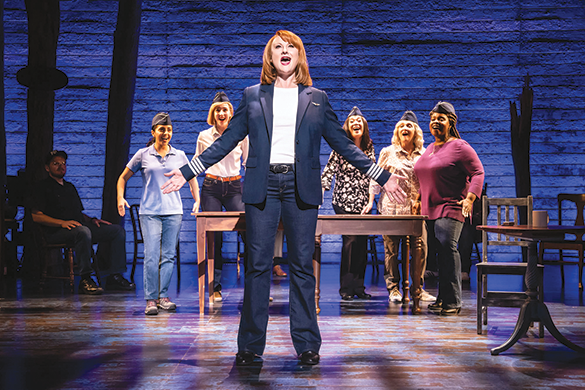 Artistic Director Michael Ritchie announced Center Theatre Group’s 54th season at the Ahmanson Theatre will begin Nov. 30, three months later than it was most recently scheduled and 20 months after the theater closed in March 2020.

The season opens with director Matthew Warchus’ acclaimed “A Christmas Carol.” The season includes the previously announced productions of “The Lehman Trilogy,” “The Prom,” “Hadestown” and “Dear Evan Hansen” plus “Come From Away.” In addition, the season will include the hit West End musical, “Everybody’s Talking About Jamie.” The Tony Award-winning Best Revival “Rogers and Hammerstein’s Oklahoma!” which was previously set to open the season in August 2020 will now close the season in 2022. The previously announced production of “1776” will be postponed until a future season.

“It feels like ages ago that theaters across the world went dark and, in many ways, it has been,” Center Theatre Group Artistic Director Michael Ritchie said. “But, with vaccination rates going up, infection rates falling and all of us cautiously returning to museums, movie theaters, restaurants and even stadiums, we can finally see the moment when the curtain will rise again at the Ahmanson.

“For the first time in a very long while we are seeing a light at the end of the tunnel and can properly plan for a full return to our three stages. We already announced ‘Slave Play’ at the Mark Taper Forum and ‘Tambo and Bones’ at the Douglas and are currently working to assemble the full season at both of those venues,” Ritchie added. “I look forward to announcing those seasons in the coming months and, in light of rapidly developing good news from state officials, we are continuing to search for nontraditional productions and other opportunities to return to the stage more quickly than our subscription seasons would generally allow. In the meantime, we will continue to create and present an eclectic collection of virtual productions on our digital stage and rebuild our organization in preparation for the return of live theater.

“Of course, as excited as we all are to end this unprecedented intermission, we know we have to proceed cautiously with the safety of our artists and audiences as our highest priority. Working with the state, the county and the Music Center, we have already made remarkable progress and I have no doubt that we will be ready when the curtain rises again,” Ritchie said.

For information and the full schedule, visit centertheatregroup.org.