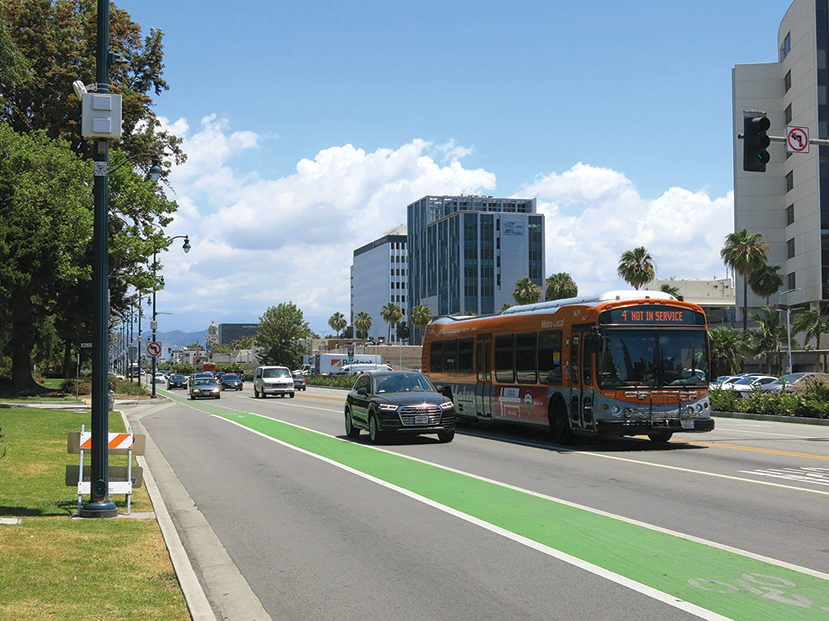 Many of the existing streets in Beverly Hills lack designated bicycle lanes. (photo by Cameron Kiszla)

The Beverly Hills Complete Streets plan was approved by the City Council on April 20.

Though Councilman Lester Friedman was absent, the other four members of the City Council expressed their support for the plan.

Complete Streets aims to create streets that can be used by multiple forms of transportation – not only cars, but bicycles, pedestrians and public transit as well.

“The streets as a whole should not prioritize one mode [of transportation] over others,” said Jessie Holzer, transportation planner and project manager for Complete Streets.

It has drawn criticism in the past, including during a contentious Beverly Hills Traffic and Parking Commission meeting in 2019, but on April 20, the council members and all but one of the 26 people offering public comment supported the plan.

The one opponent of the Complete Streets plan, Thomas White, confirmed his opposition to the plan, which he said would “destroy Beverly Hills.” He made similar points at the 2019 meeting, where he claimed the plan would remove car parking to create bike lanes.

The council members, however, made clear that no decisions about where bike lanes – or any other form of transportation – would be placed were being made. 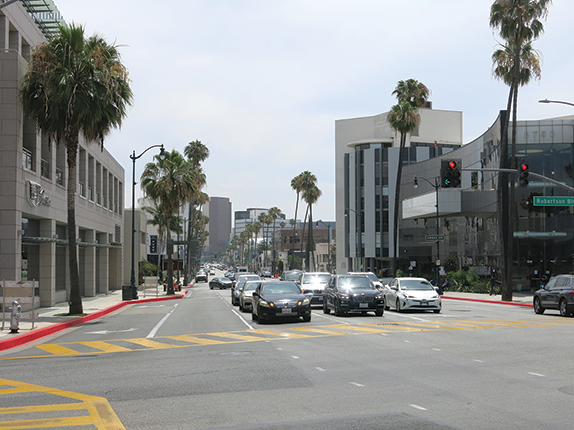 The goal of the Complete Streets plan is to accommodate all forms of transportation, including bicycles and pedestrians, in the city’s streets. (photo by Cameron Kiszla)

“We’re setting out a vision, but we’re not actually making any decisions about what’s going where,” he said.

Gold added that for specific projects, extensive public outreach would be needed to “achieve maximum benefit for all stakeholders and not come back and say ‘That was a great thing for pedestrians, but not for bikes’ or ‘That drastically made traffic worse.’”

“I enthusiastically support this plan, and I support it with the condition that we continue to encourage the public’s participation,” Bosse said.

Holzer confirmed that no major changes would be made without a public process.

“Any project that would significantly change the street would need to go through a robust outreach project and come back to the council,” Holzer said.

Councilman John Mirisch asked for more modes of transportation to be included, such as autonomous vehicles. He also asked for more slow streets, where car traffic is encouraged to find alternate routes so residents and neighbors can bike and walk in the street, as well as an expanded use of diagonal, or scramble, crosswalks, such as those on Rodeo Drive.

“That really is something that really makes the city pedestrian-friendly,” Mirisch said.